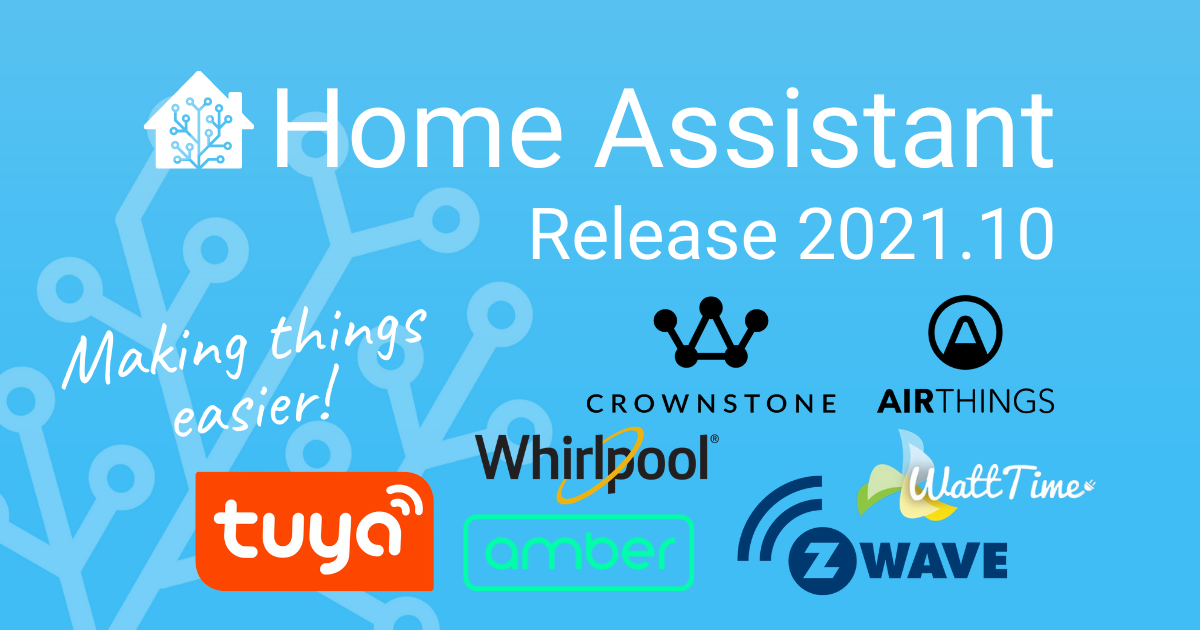 October! I love this month!

For most of you (just like me), it means winter is coming. We all go back inside. An excellent excuse to spent a bit more time on our smart homes, right? 😃

It is also the month of celebrating open source by joining Hacktoberfest! If you make 4 contributions to any open-source project (Home Assistant, for example 😘), you’ll receive a free t-shirt!

For the Home Assistant project, this means a busy month. However, that doesn’t matter. It is always great to see new people contributing!

Meanwhile, Home Assistant turned 8 years old already! Wild! And the birthday announcement was even wilder (more about that below).

Anyways, about this release: Z-Wave JS is stepping up its game! If you have a Z-Wave network and are not using Z-Wave JS yet… well… it might be time to bite the bullet and go for it. You won’t regret it.

This release also brings the new much-talked-about, Tuya integration supported by Tuya themselves! I’m looking forward to how that evolves!

Home Assistant Yellow was launched using a crowdfunding campaign, which already reached its funding goal! This is absolutely fantastic!

And… You can still back the campaign to get your own Home Assistant Yellow!

Go to campaign on CrowdSupply » 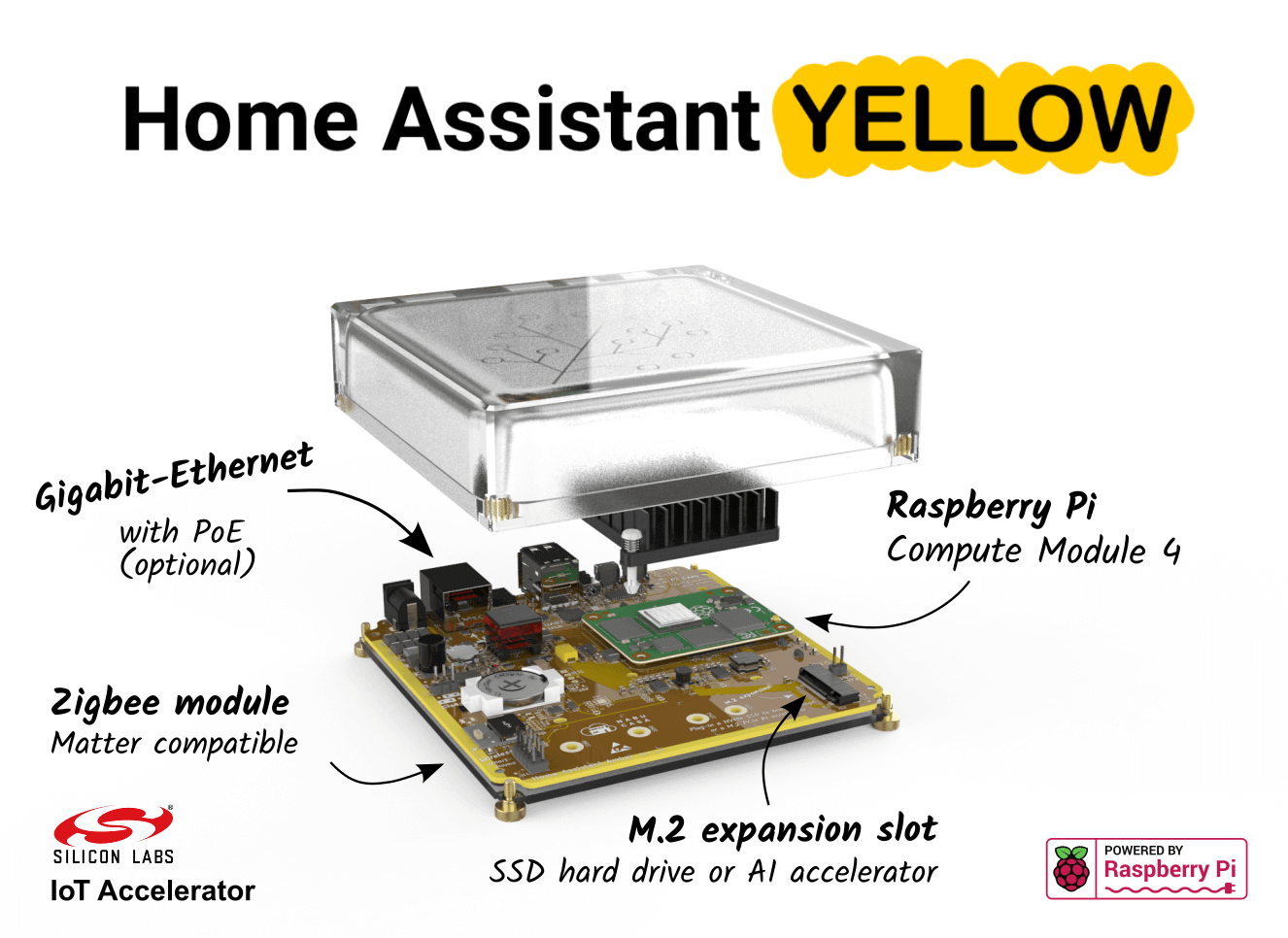 We have two awesome Z-Wave JS updates to share with you this release.

Security is something we all care about; We don’t want devices to be tampered with, when using things like door locks or motion sensors that trip the alarm system. For our Z-Wave devices, this is no different!

S2 is short for Security 2, a new security standard for Z-Wave devices, providing different keys for each device in the network. It is the more secure upgrade of the previous S0 version.

The Z-Wave JS integration will automatically pick the best and most optimal security method available. 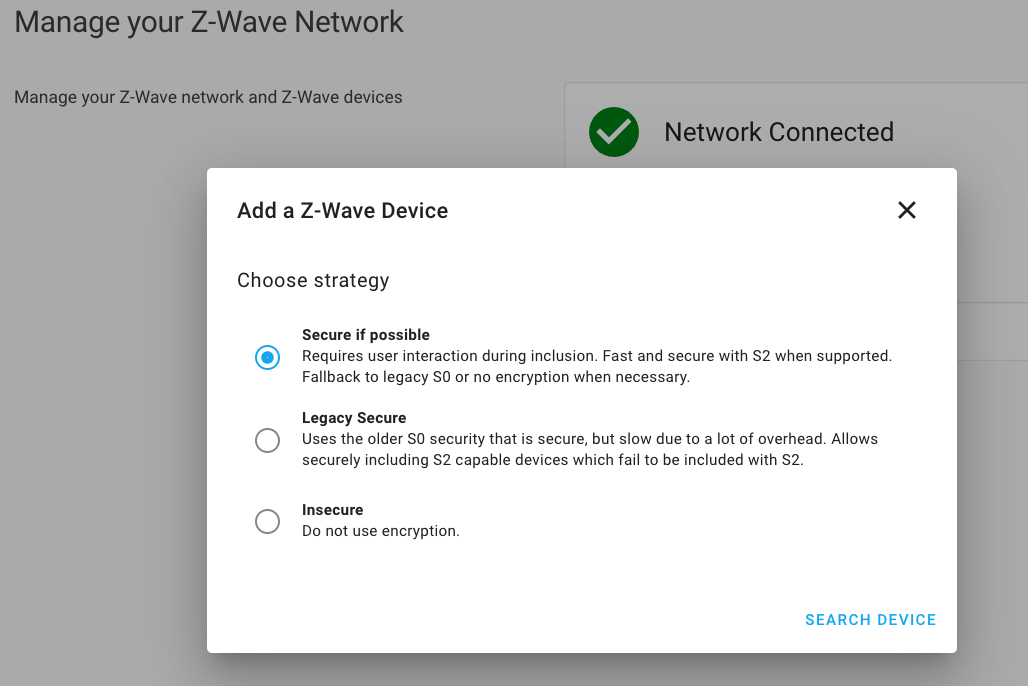 If you have existing Z-Wave devices capable of using S2 already paired with Home Assistant before this update, you will need to repair those to let them use the new S2 feature.

Are you still using the old (and deprecated) zwave integration? If so, it might be that you have been holding back on the Z-Wave JS upgrade because of the work involved in migrating. Time to reconsider…

To avoid surprises, the wizard will exactly show what it will do, what it can and cannot migrate.

The old and deprecated Z-Wave integration will continue to work as long as technically possible, but will no longer receive updates.

Oh yeah! The Tuya integration has been updated to the latest greatest version: developed and maintained by a team of developers at Tuya themselves!

Right now, we have support for lights, switches, scenes, fans and climate devices. Compared to the old integration, support for covers is currently missing, which we hope to add in a future release. Additionally, the new integration now pushes updates to Home Assistant!

If you ran the Tuya integration previously, you need to set it up from scratch, as the integration has been entirely re-written and uses a different API.

The Material Design Icons have been updated to v6!

Some really useful new MDI icons have been added in this release!

Several icons have been removed or renamed in v6, but we have ensured they will keep working for the upcoming two releases. Home Assistant will write warnings in the logs in case you are using one of the affected icons. The breaking changes section has more information about this.

ESPHome and the ESPHome integration now have support for communicating encrypted with each other. @OttoWinter has been working hard to add this layer of encryption to the ESPHome API, which utilizes the noise protocol.

Besides this version of Home Assistant, you’ll need at least ESPHome 2021.9.0, and configure your ESPHome device to enable encrypted communications.

For more information on how to do that, check out the ESPHome documentation.

There is much more juice in this release; here are some of the other noteworthy changes this release:

We welcome the following new integrations this release:

The following template filters and functions will now log a warning instead of silently returning the input if the input is invalid and no default value is specified:

The float filter will now log a warning instead of silently returning 0 if the input is invalid and no default value is specified.

In Home Assistant Core 2021.12 the template will fail to render if no default value is specified. You can specify a default value by passing to the filter like this: {{ "abc" | float(default=0) }}.

The Material Design Icons have been upgraded to v6, which brings in around 400 new icons and removes and renames some others.

The removed and renamed icons will keep working for this and the next release, Home Assistant will write a warning to the logs in case you are using one of the removed or renamed icons.

The following icons have been removed:

The following icons have been renamed:

Using speeds (‘off’, ‘low’, ‘medium’ or ‘high’) for the fan platform became deprecated with Home Assistant Core 2021.07, while preset modes and percentage support was added.

In order to introduce the new link status binary sensor, the previous connectivity sensor has been renamed to connection.

Please check both your Lovelace configuration and your automations to reflect this change.

The API endpoint /api/discovery_info now only return blank values. This endpoint is scheduled to be removed in Home Assistant Core 2022.1.

As a regular user of Home Assistant, this change should not affect you.

We now use the same server name for all HomeKit bridges and accessories on a single Home Assistant instance. This allows the system to avoid doing multiple lookups since it only needs to find one A record when waking from sleep.

iOS devices and Home Hubs (Apple TVs / HomePods / iPads) may cache the server name even if it expires and may require a reboot to see the new name. If this is the case, accessories may show unavailable when outside the home until ALL home hubs are rebooted.

The polling interval of the Honeywell Lyric integration has been decreased to 300 seconds to reduce chances of hitting API limit.

The (non-working) pressure sensor has been removed.

The Moon entity would never have a primary moon phase state. So the state of the moon would go from Waxing gibbous directly to Waning gibbous, without being Full Moon in between.

If you have automations relying on the state of the moon, please review them to check if they still behave as intended.

The NETGEAR integration migrated to configuration via the UI. Configuring NETGEAR via YAML configuration has been deprecated and will be removed in a future Home Assistant release.

The extra attribute state is removed from all sensors, since it is already exposed as an own sensor.

If you relied on this attribute for your automations or script, you might need to adjust to this change.

The extra attribute domains_blocked is removed from all sensors, since it is already exposed as an own sensor.

If you relied on this attribute in your automations or script, you need to adjust those to match this change.

The previously deprecated YAML configuration of the ReCollect Waste integration has been removed.

The extra state attribute last_update has been normalized to the UTC timezone.

If you have any automation or scripts that relied on this, you might need to adjust those to take this into account.

The previously deprecated YAML configuration of the RFXCOM RFXtrx integration has been removed.

The previously deprecated YAML configuration of the Speedtest.net integration has been removed.

The following additional state attributes have been removed from the existing sensors:

You should update any automations and scripts that depend on these state attribute to use the separate sensors available for these states.

If you used the integration before this release, you’d need to set it up again from scratch. To do that, remove any existing instances from the integration dashboard. After that, use our documentation for guidance on setting up the new integration.

The cover platform is not ready for this release but will be included later. If you have cover devices, they will not available for control at the moment.

UPnP/IGD integration no longer supports the local_ip configuration option. If you still have this configured in your YAML configuration, please remove it.

The Velbus integration migrated to configuration via the UI. Configuring Velbus via YAML configuration has been deprecated and will be removed in a future Home Assistant release.

The Velbus services calls will now need an interface parameter, this is to allow support for multiple Velbus connections. If you are using Velbus services in your automations or scripts, you may been to adjust those to this change.

The device model is available in the Device info window.

The unused ruamel.yaml utility functions have been removed. They were never in use nor documented. If your custom integration relied on ruamel.yaml being installed, make sure it’s part of your manifest.

The following integrations are no longer available as of this release: