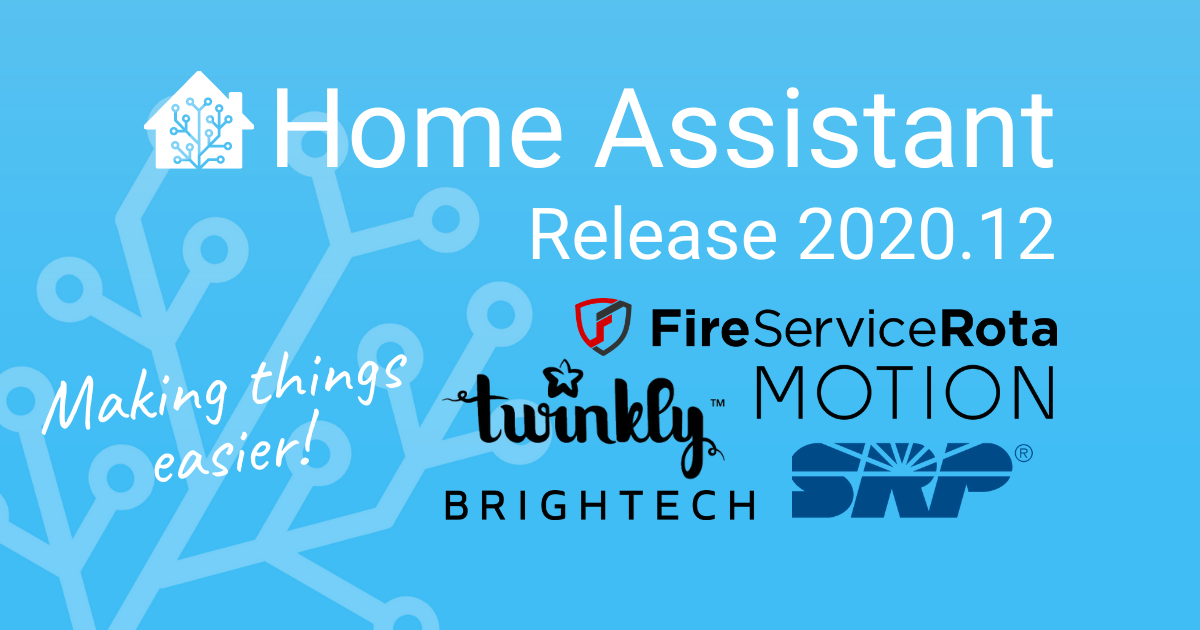 As most things are announced at the Home Assistant Conference; more things will be added/tweaked in these release notes the next couple of days.

For me, this has been an exciting year! And thanks everybody for contributing to this amazing project, no matter what and how you contributed. You are all amazing! ❤️

With the Holiday season coming, it is time to slow down a bit, enjoy time with our family. And in a couple of weeks, a new year will start; Let’s make it a good one!

Happy holidays, stay safe and for the last time this year: Enjoy the release! 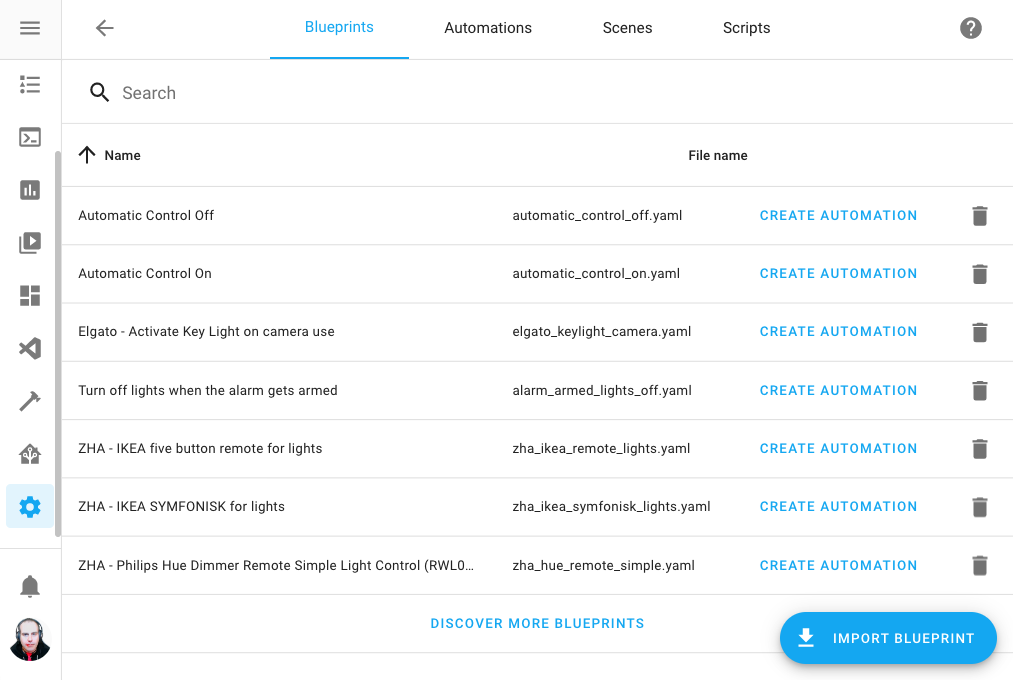 Screenshot of the blueprints configuration panel.

An automation blueprint is a pre-created automation with user-settable options. This allows for a separation of the logic and inputs of an automation. It sounds a bit complicated, but as a matter of fact, it will make things re-usable and easier.

Imagine a blueprint that controls a light based on motion, that allows you to configure the motion sensor to trigger on, and the light to control.

It is now possible to create two automations that each have their own configuration for this blueprint and act completely independently, yet are based on the same automation configuration.

Blueprints are great for sharing your automations and ideas with the community.

We created a Blueprint Exchange forum category where you can post your created blueprints. For others to use!

We believe that the power of blueprint relies in sharing. You can now share complex automations that others can use, even if they are using the UI editors.

For example, a blueprint can be shared for a specific Zigbee remote control that maps all buttons to a light. A blueprint that sends a notification when it found empty batteries. A blueprint for muting music when you pick up your Android phone.

The sky is the limit in the ideas and automations blueprints we can share!

Let’s cut a long story short, it sounds exciting, but what does it mean?

You can import blueprints by copying the URL of the forum topic or from GitHub into the UI. Then you can create automations from these blueprints by filling out the required inputs. 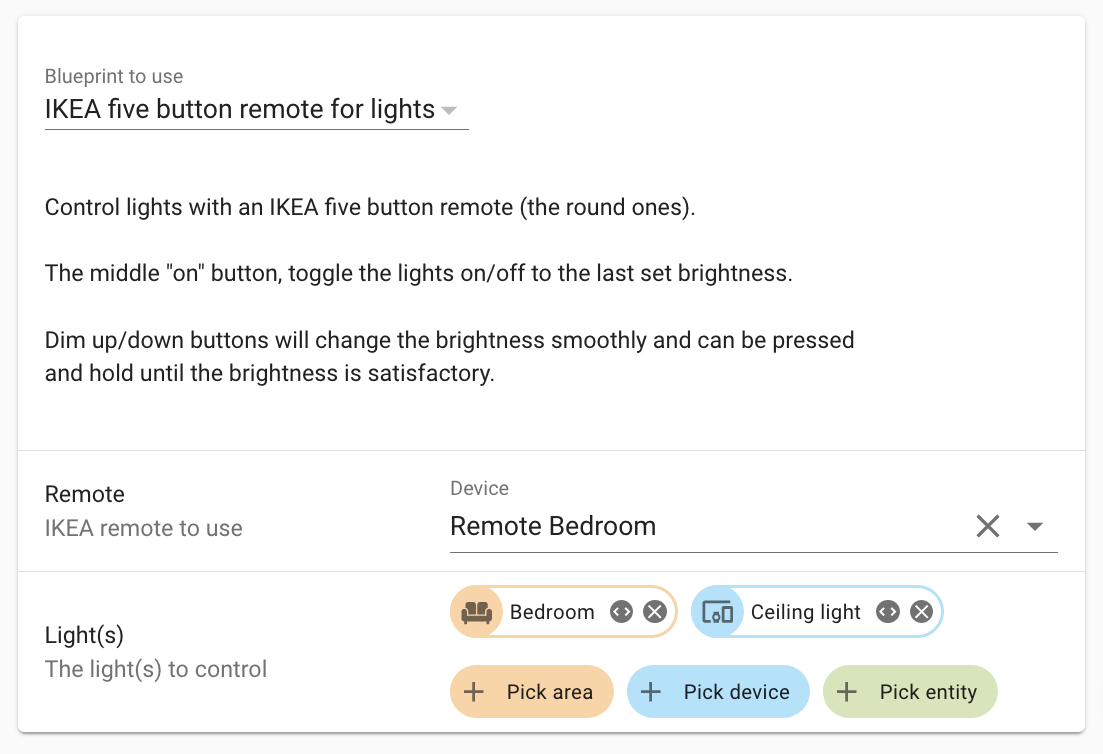 Screenshot of a blueprint.

It is really easy to deploy a blueprint, even multiple times! Blueprints are fully functional in both the UI and for YAML.

We created a really nice tutorial on how to make blueprints.

Essentially, a blueprint is just like an automation, with some added blueprint metadata. You can convert any existing automation into a blueprint!

As the last step, be sure to share your freshly created blueprint on the community on the Blueprint Exchange, helping and and inspiring others.

If you have a Nabu Casa Home Assistant Cloud subscription, this release brings in some really nice goodness for you. The Text-to-Speech service offered by Nabu Casa has been extended and now supports a lot of new voices in many different languages.

This is a great alternative to, for example, the Google TTS integration. The resulting audio is absolutely stunning and the neural voices sound supernatural.

This service is automatically enabled when you are signed in to your Nabu Casa cloud account and can be called using the tts.cloud_say service in your automations.

Areas have been around for a bit already. But, not everything supports areas yet. And using it in for example YAML-based automations, is not really an easy task to do.

Today that changes, as this release works towards making areas more useful by making them more accessible and more universal.

The first change: individual entities can now be assigned to areas.

Previously this was limited to devices only. This also works for entities without a device (for example, entities provided by Helpers). Devices provide entities, and thus it is now possible to override the area with a single entity for a device as well. For example, your in-wall mounted switch controls a light in another room. 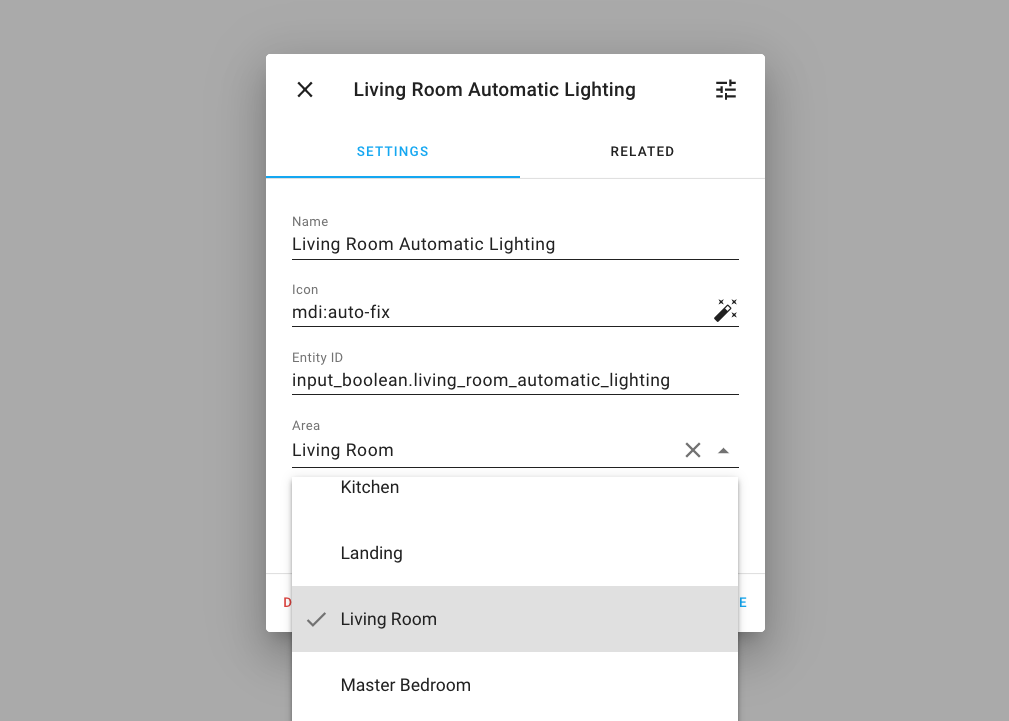 Screenshot of assigning a entity to an area.

Second improvement: The ID of a newly created area will now be based on the name of the area instead of a random string.

This makes it easier to use areas in service calls, as you can now use area identifiers that actually make sense for a human! In a YAML automation or script it will look like this:

Thanks to @emontnemery, you can now disable devices in Home Assistant. So, next year, when you unpack all decorations, enable them again and you’re ready to go for another Holiday season! 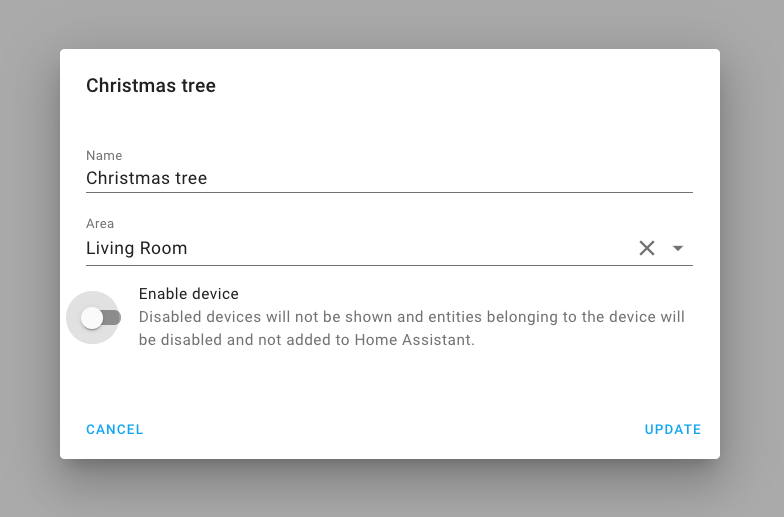 Screenshot of disabling a device.

Of course, besides seasonal things, it can also be helpful if you have a broken device or temporarily taking down any other device.

We welcome the following new integrations this release:

The following integrations have been removed:

These integrations where using webscraping, which is no longer allowed.