A great release that improves stability, reliability and a lot of helpful additions to make everything much more friendly and easier to use. So let’s dive in!

In Home Assistant 0.105, we introduced Safe Mode. Our goal is to make sure Home Assistant always starts and provide you an interface to work with. No matter what.

@balloob has been busy this release to improve on this feature even more, and Home Assistant is now able to overcome issues when things in the core system get into trouble and even when the Lovelace configuration isn’t readable. Besides that, the way Safe Mode is presented has changed, so you instantly know you are in Safe Mode:

Stepping up and down the brightness of lights

Ever tried to make an automation to brighten or dim your lights? Or tried to hook up a remote to control the brightness of a light? If you have, you probably know that doing that was pretty painful and involved some additional templating to get that going.

This release just made that a lot easier. An example device automation: 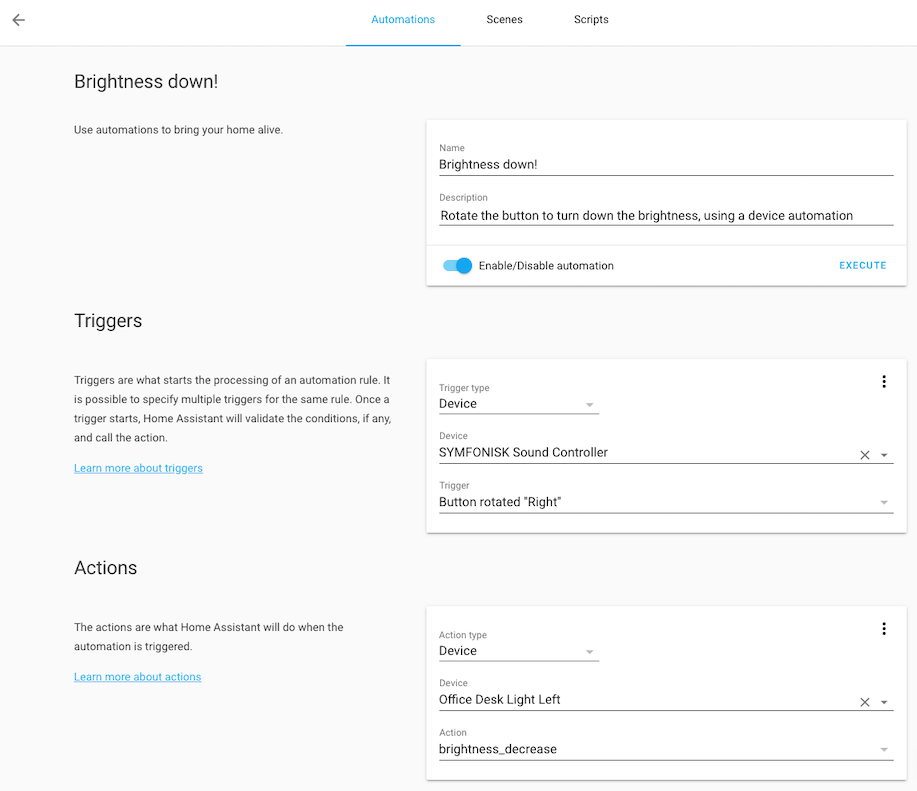 Screenshot of a device automation with dimming lights. 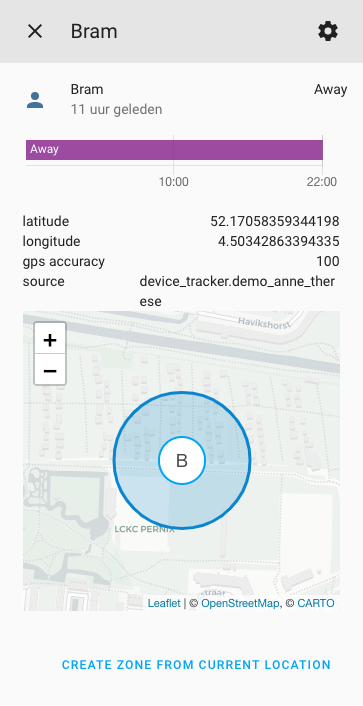 Screenshot of the new more info for a person.

The entities configuration panel previously only contained entities that were uniquely identifiable by Home Assistant (they have a so-called: unique ID). However, those are not provided by all integrations of Home Assistant, confusing since the entities panel did not show all of your entities.

In this version, we now include all entities in the panel, giving you a nice complete overview of all available entities in your system. You can’t edit all entities, since that requires an entity to be uniquely identifiable. If an entity doesn’t have a unique ID, the pencil icon will be striked through.

Screenshot of uneditable entities in the configuration panel.

Since all entities are now available in this panel, it does not only provide you a clear overview of all the available entities; you can also make use of the “related items” feature introduced in release 0.105 to see where they are being used!

Updates to the developer tools panels

The developer tools panel also got some nice little touches. In the “Info” tab you can now find a list of all integrations you are using and the logs are now aware of the integrations as well.

Both now include links to the documentation and our GitHub issue tracker. This allows you to dive in quickly when you run into troubles with an integration. 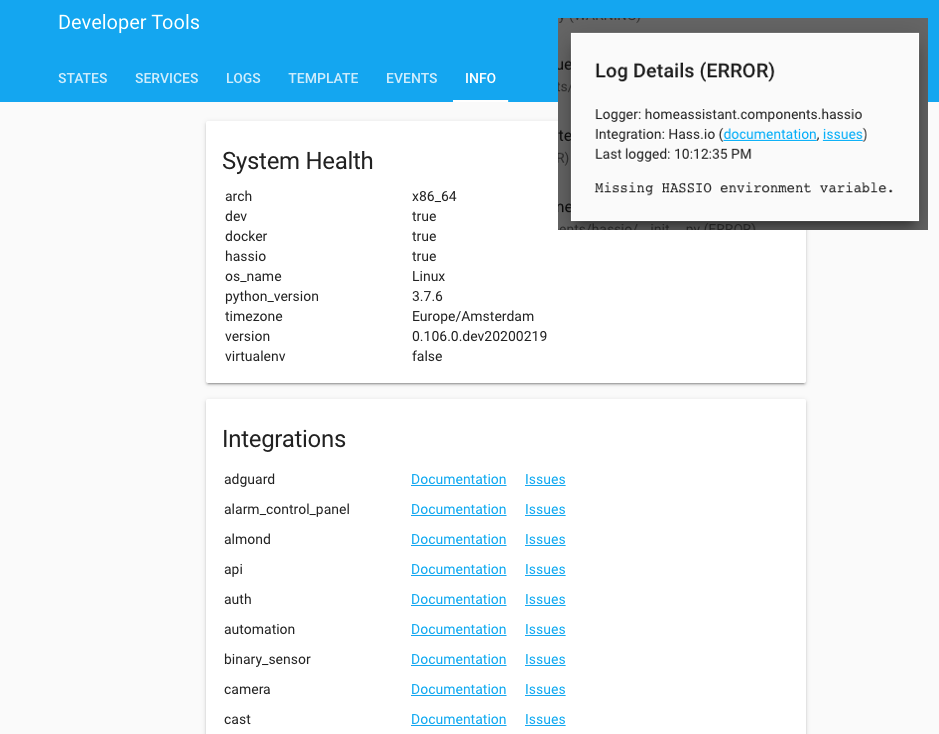 Our sensor card has had a style update. We initially got the design from the Lovelace Mini Graph Card and now updated to match the improved new look of that card.

Screenshot of the updated sensor card.

But wait… there is more! Some other smaller noteworthy changes in this release:

Are you the creator of an awesome custom card for Lovelace?

We have made some changes to Lovelace that might impact your custom card, so be sure to read the blog post on the developers site about this.