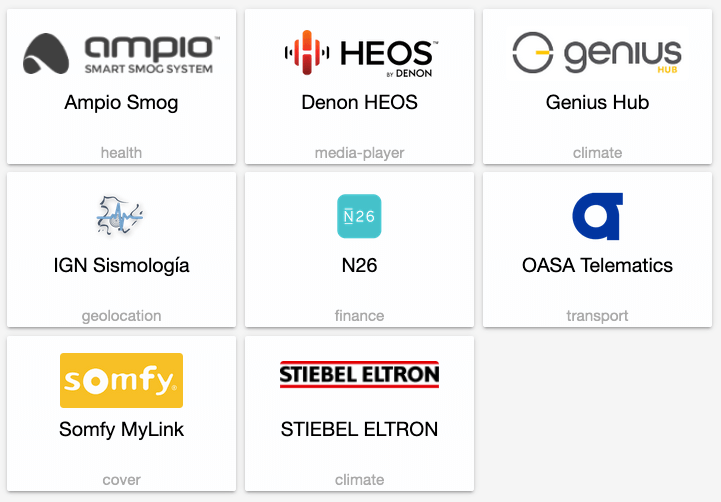 It’s time for the 0.92 release. We took a week extra for this release, because we have been very busy in changing how we load everything under the hood. Our new standard for integrations will help us in the future to streamline development, release notes, documentation and updates. If you want to know what we’re up to, or if you maintain custom components, check out our developer blog: Introducing integrations.

This release continues to improve on our new camera streaming feature released with Home Assistant 0.90. This release adds support to Lovelace to show camera streams as part of your cards. Support has been aded to picture glance, picture entity and picture element cards. Just add camera_view: live to the configuration. Be careful showing live streams on mobile, camera streams can use a lot of data. We are exploring being able to add a mode to only show the streams on desktop.

The HEOS integration adds support for HEOS capable products, such as speakers, amps, and receivers (Denon and Marantz) into Home Assistant. The features include controlling players, viewing playing media info, selecting the source from physical inputs and HEOS favorites, and more. We have established a relationship with the lead architect for the HEOS API and look forward to adding more features through this collaboration. Thanks to @easink for the initial contribution.

Finally, if you are still receiving a message that your configuration contains extra keys, this is the last release that this will be a warning. In the next release this will treated as invalid config for that integration.