This is a list of all the cards used in the energy dashboard, you can also place them anywhere you want in your dashboard.

At the moment there are no configuration options available for these cards, you can configure them on the energy configuration page.

This card will allow you to pick what data to show. Changing it in this card will influence the data in all other cards. 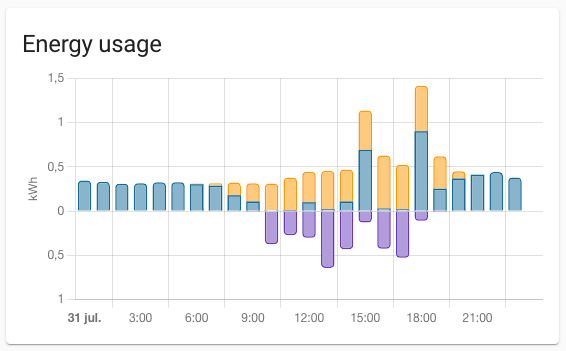 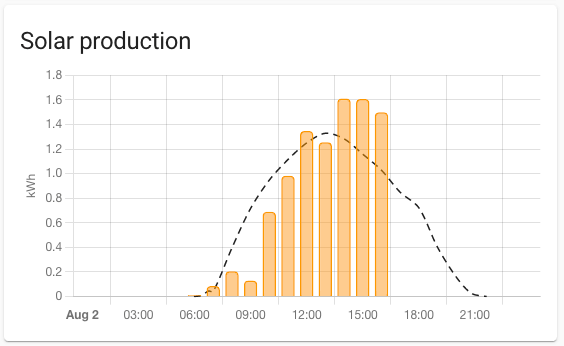 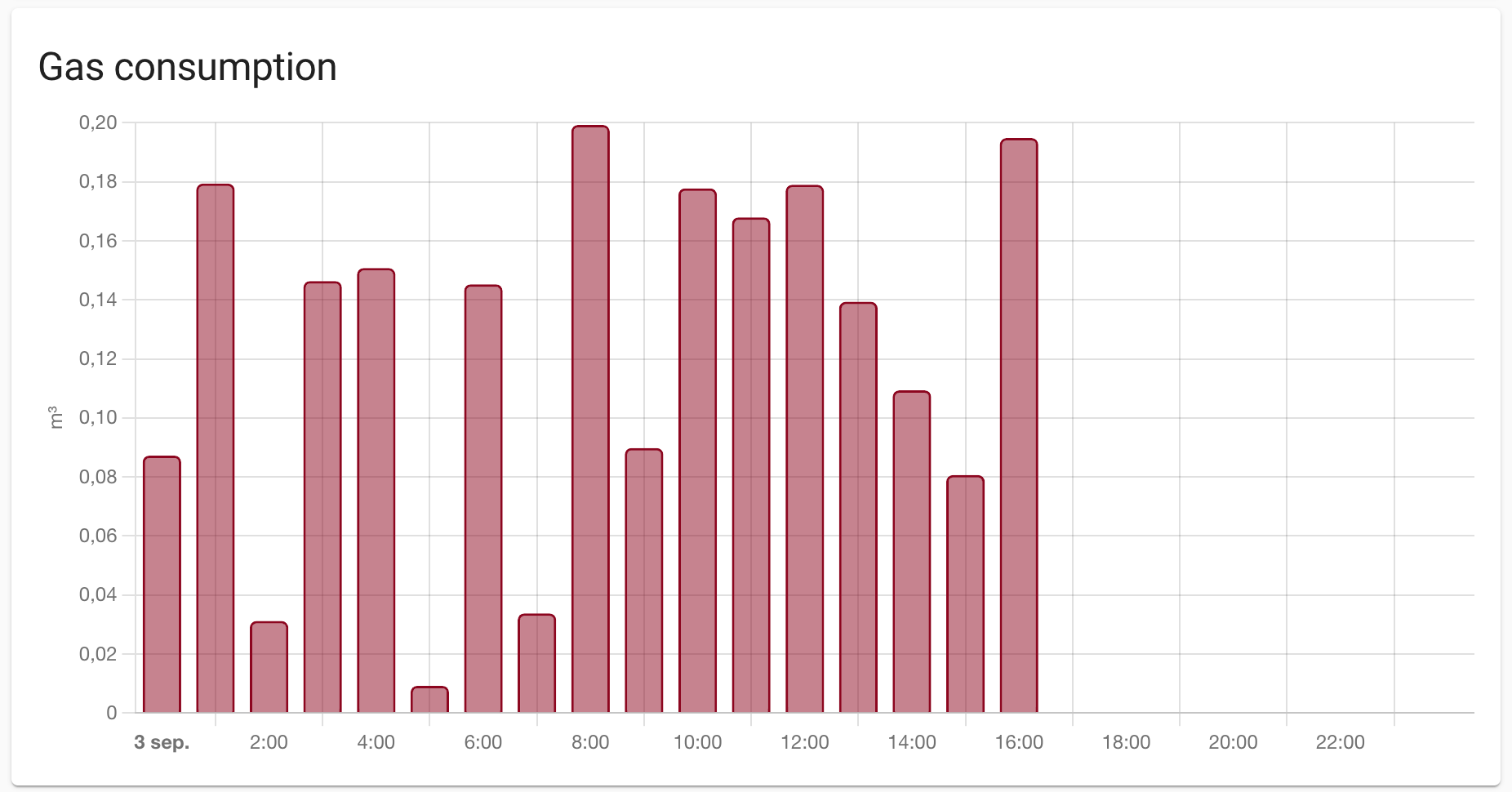 The gas consumption graph card shows the amount of gas consumed per source. 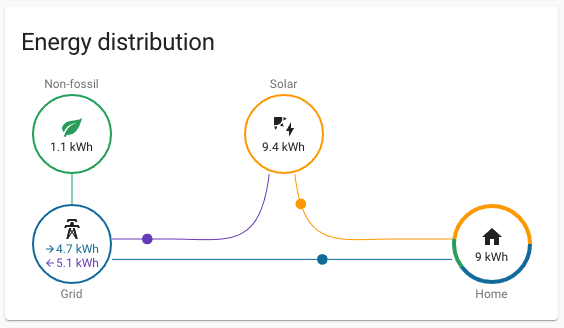 Screenshot of the Energy distribution card.

The energy distribution card shows how the energy flowed, from the grid to your house, from your solar panels to your house and/or back to the grid.

If setup, it will also tell you how many kWh of the energy you got from the grid was produced without using fossil fuels.

If you set link_dashboard to true, the card will include a link to the energy dashboard. 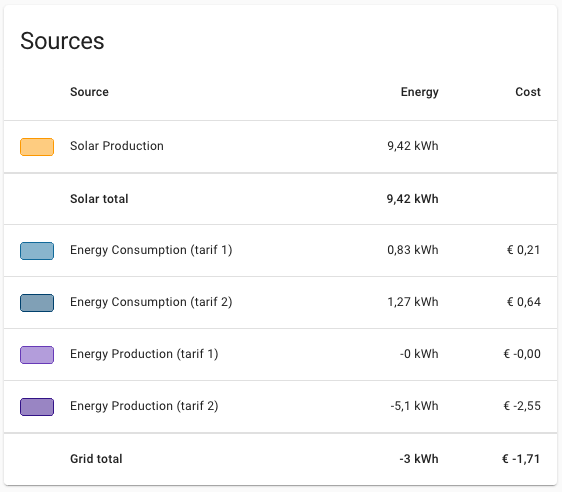 The energy sources table card shows all your energy sources, and the corresponding amount of energy. If setup, it will also show the costs and compensation per source and the total.

The solar consumed gauge represents how much of the solar energy was not used by your home and was returned to the grid. If you frequently return a lot, try to conserve this energy by installing a battery or buying an electric car to charge.

The carbon consumed gauge card represents how much of the energy consumed by your home was generated using non-fossil fuels like solar, wind and nuclear. It includes the solar energy you generated your self.

The devices energy graph show the energy usage per device, it is sorted by usage.

Suggest an edit to this page, or provide/view feedback for this page.
Edit Provide feedback View given feedback