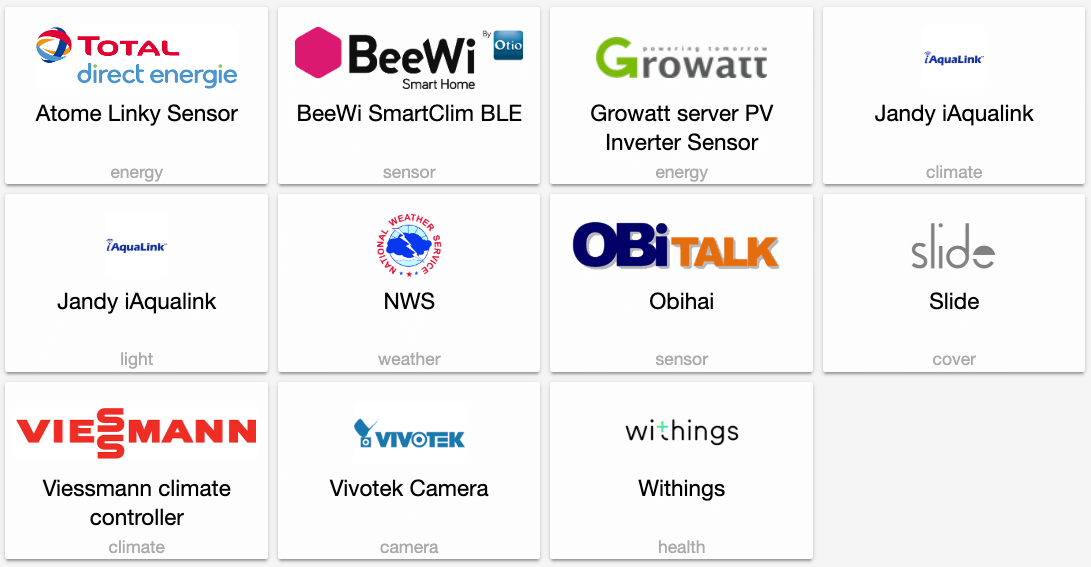 Happy 6th birthday to us! Yep, it’s been 6 years since the first commit, 6 years since we started our quest for a local and privacy foucsed home automation hub. And I think that we’re doing a pretty ok job 😏

It’s time for Home Assistant release 99. And this release is adding a bunch of new great features all over the place.

We took a step back, looked at Home Assistant, and thought about how we could make it easier for users to create automations. We realized that there was room for improvement. We identified the following issues:

So we put our inventor hat on and have come up with a solution that allows users to create automations in the concepts that they already know: devices. Now when a user starts configuring an automation trigger, it can pick device automation as a new type.

Screenshot of defining a device trigger in the UI.

The user starts by picking one of their devices that is integrated into Home Assistant. A second dropdown will now appear that contains all the possible triggers for this device. This list is populated based on the integrations that are linked to this device (ie. Hue & Light).

There is a lot to talk here. Buckle up.

@thomasloven has built a brand new round slider from scratch for use in Home Assistant. It is using modern technologies to create a great experience. This component was so useful standalone that he has decided to release it as a standalone web component that anyone can use in their websites. 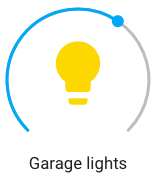 Shout out to @iantrich who has been on fire in recent weeks squashing a ton of bugs and adding some nice features to improve the Lovelace experience. And a shout out to @SeanPM5 who has been bringing UX bugs and improvements to our attention. Our frontend team is seriously awesome.

Unused entities has been moved into the configure UI section and completely revamped by @bramkragten. It’s now a table, you can see a lot more info, you can sort it. If you are using Lovelace storage mode, you can select entities and add them to your UI directly from that screen.

Now that we have a data table component, Bram also went ahead and used it in a new devices page. This page, still experimental, will allow users to see a list of all their devices and sort them by manufacturer, area or battery %. The goal is to create a one stop shop for device management.

Screenshot of the new devices page.

And there is a ton more, here are some of the other highlights:

Home Assistant now supports opening Home Assistant Cast from the backend. It is available as the service cast.show_lovelace_view. This allows you to open a view on your Chromecast as part of an automation. For example, show the frontdoor and who is home when your doorbell rings.

Note that Home Assistant Cast requires your Home Assistant installation to be accessible via https://. If you’re using Home Assistant Cloud, you don’t need to do anything. Otherwise you must make sure that you have configured the base_url for the http integration.

Hass.io is now able to work with your secrets stored in Home Assistant. So now you are able to use !secret my_value inside add-on options like you can do inside configuration.yaml. For more info about how to define secrets, check the docs.

We have published a release candidate of HassOS that is compatible with the new Raspberry Pi 4. Download it here.

Home Assistant had a booth this year at the CEDIA home tech trade show. We spend a lot of time talking to manufacturers about local APIs, official integrations and better support for open source systems.

We also had some great drinks in the evenings with companies that integrate with Home Assistant. In this picture Konnected.io and Senic.

Beers after CEDIA with @balloob from Home Assistant and teams from Senic and Neeo. pic.twitter.com/c6Ag4DeEtU

@timmo has released version 2.0 of his Home Panel. This is an alternative user interface for Home Assistant.

Home Panel v2.0.0 is now released and has been completely rewritten in #React with #TypeScript

⚠️Please read the release notes before upgrading as are breaking changes to know about before upgrading!https://t.co/NMDQu4zZW8#HomePanel #HomeAssistant pic.twitter.com/ucA1HxwurB

Forgot to include frontend update 99.1.