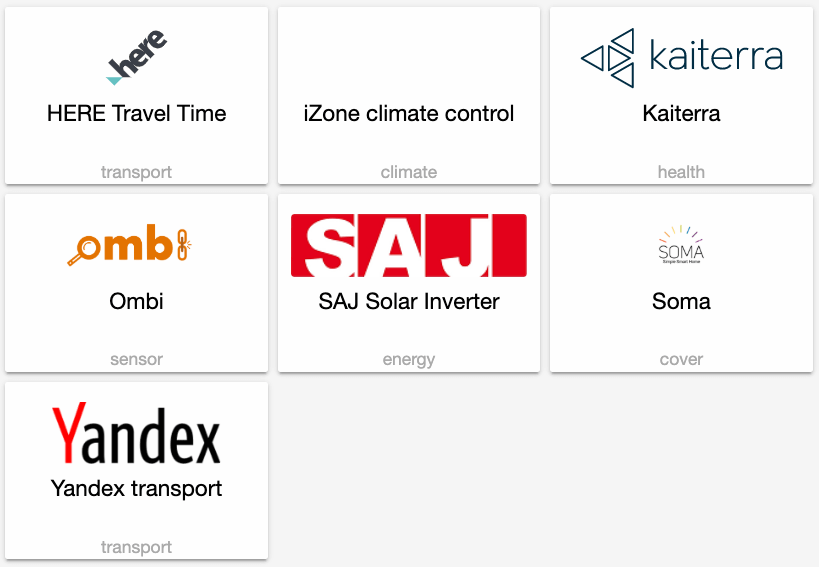 Welcome to the release notes of yet another wonderful release! No, we’re not going for 1.0, we’re doing 0.100! We feel like we’re not ready yet with our goals for 1.0, but we’re making progress every day. For a sneak peak of what we’re thinking about, check our blog Simple mode in Home Assistant 1.0.

It is Hacktoberfest. This means that we’re spending the month celebrating contributing to open source. If you make 4 pull requests this month, you get a free Hacktoberfest t-shirt! More info and what to work on, check our Hacktoberfest blog post.

Average contributions per day have doubled for the month of October. There are now on average 40 contributions coming in each day. Breakdown is ~50% Home Assistant backend, ~37% documentation and ~13% the frontend. Most of these contributions you’ll see in the next release!

We’re going to have another State of the Union! It will be held at November 13, in Amsterdam. Like last year, it will be hosted by our friends at ING. I’m looking forward to talk about all the great things that are happening in Home Assistant land. We had 150 tickets available when we announced it on social media, and they were all gone in less than 24 hours!

We’re going to make sure that there will be a live stream available. We’ll announce that in time via the blog and social media. Some people are talking about hosting viewing parties across the globe. Keep an eye out on the social category on the forums for announcements. This would also be the place to announce if you are planning on hosting one.

@jjlawren has been on fire with the Plex integration. You will now be able to link your account via the official Plex account link feature. 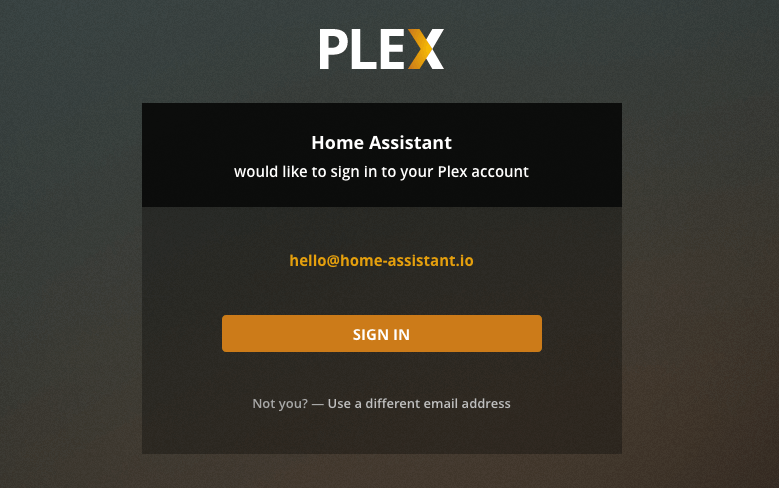 Screenshot of the Plex user interface asking the user if they want to link with Home Assistant.

@iantrich fire has not been put out yet. This version he has also added many new functions to Lovelace! Check the Lovelace changelog for all changes. Some hightlights:

@emontnemery has been hard at work at further expanding device automations aided by @dmulcahey and @Kane610. This release includes improved support for Zigbee (ZHA) devices, sensors, binary sensor, switch and Deconz. One neat new improvement is the addition of a “for” option. This allows you to specify triggers for when a certain device has been on for a period of time. 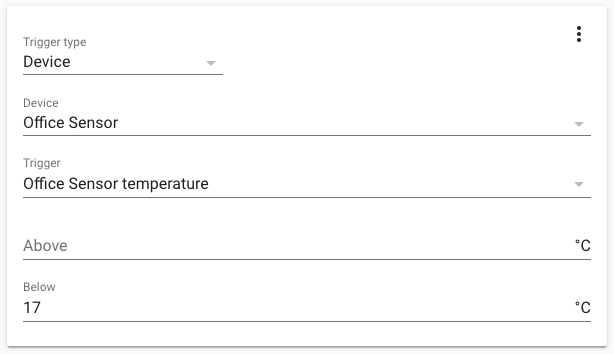 Screenshot of a device trigger for a temperature sensor.

@emontnemery has added a bunch of functions to the automation editor, you can now use and and or conditions, and give your automation a description so you know why you did what you did. 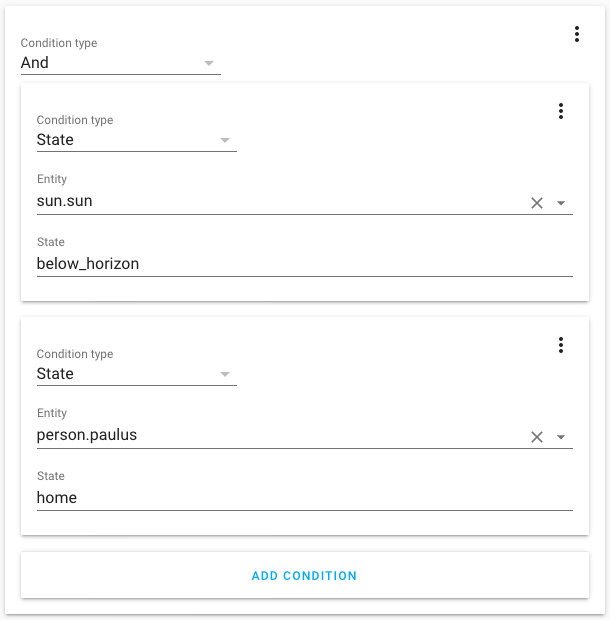 Screenshot of an and-condition in the automation editor.

Device automations are now available on the experimental device page that we introduced in the last release. You can now see all the triggers, conditions and actions the device supports. Clicking on it will open the automation editor with the automation filled in, ready to edit.

We also added the entity registry, so you can change all the settings of the devices entities in one place.

On the backend we have been using YAML for a long time, but on the frontend, we still used JSON for a lot of things. JSON is harder to write than YAML so we have aligned that. All data inputs on the frontend now accept YAML. You can still use JSON, as JSON is valid YAML.

Screenshot of a service action in the automation editor using YAML.

Core developer @amelchio is taking a break from working on Home Assistant. Amelchio has been a contributing member of the Home Assistant community for 2.5 years in which he made a grand total of 275 pull requests! Amelchio has worked on improving database performance and under his wing the Sonos, LIFX and Netgear LTE integrations flourished. He is an example community member, always available in the chat to help other people contribute to Home Assistant.

Thanks Anders, we’re going to miss you! ❤️

Hans Oischinger showcased how he can steer his vacuum cleaner to specific rooms in his house via his floorplan. Besides this tweet, he also wrote a great blog about it.

Freed my vacuum robot from the cloud with https://t.co/tirC2vcsqK
This unlocked some new functionality for my vacuum:
Configure and start zoned cleanup in @home_assistant with live map overlayed on the floorplan pic.twitter.com/jtPZHk2xeT

Time for another #smarthome #Podcast

This week we're talking @home_assistant version 1...hundred, @hacktoberfest and catch up with 🇦🇺 Tony about his #homeautomation journey with Home Assistant, or maybe it should just be @NodeRED 🤷‍♂️https://t.co/DUtNZTHOAA