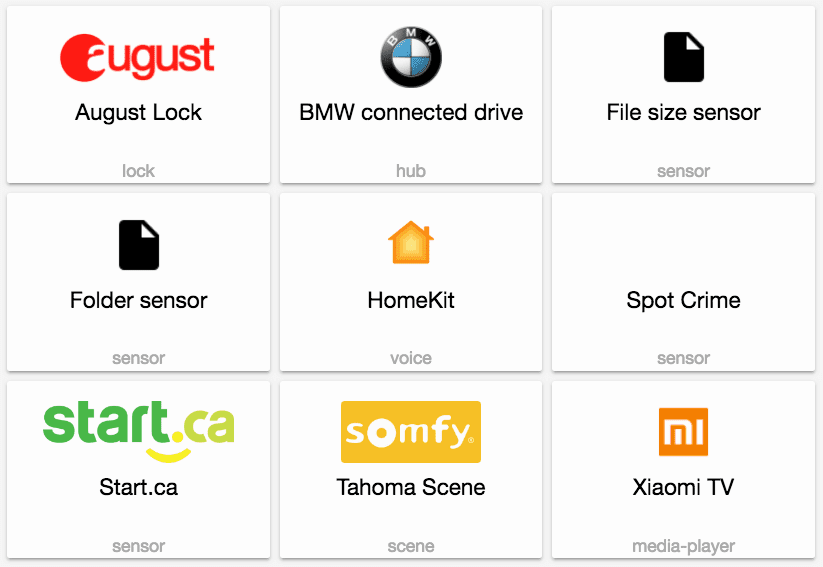 That’s right, Home Assistant 0.64 is here! In case you have missed our latest Cloud update, the Home Assistant Alexa skill is now live in all regions and we’re working with Google in getting the Smart Home skill for Google Assistant approved. Exciting times!

In the meanwhile, some great new integrations have landed, including yet another car 🚗 This time it’s BMW.

This is going to be the last release that supports Python 3.4. Starting with the next release, the minimum version required will be Python 3.5.3. Learn more here.

Native HomeKit support has arrived! Thanks to @cdce8p It is now possible to expose some devices over HomeKit to allow control via Siri and other things speaking the HomeKit protocol. Initial support has been added for temperature sensors and cover devices. Expect more devices to be added soon.

Some of you already noticed that your Hass.io panel looks a bit different since this morning: @pvizeli pressed the green button and the new UI got live. The Hass.io team (@frenck @pvizeli @ryanm101) is doing a great job in adding new features (like partial or encrypted snapshots) to the Hass.io backend and fixing bugs. However, those features where only added to the command line tools but not to the frontend.

That’s where @c727 and @ciotlosm jumped in. They made new features accessible via the frontend and improved the overall navigation.

We know that some features are still missing or broken, we are fixing this right now! Check this issue first before you report any issues related to the Hass.io panel, please.

The frontend is now rendering the graphs and charts using Chart.js thanks to the hard work by @fanthos. This means that you can now render all the charts without being connected to the internet!

Major new integration by @snjoetw: August locks and door bells! Lock and unlock from Home Assistant and detect when your doorbell is rung or senses motion. Awesome!

@OttoWinter has crushed a bunch of bugs for our ChromeCast integration. Including that nasy Cast group discovery issue! He is working on some more improvements that should arrive soon, stay tuned. Awesome work Otto!