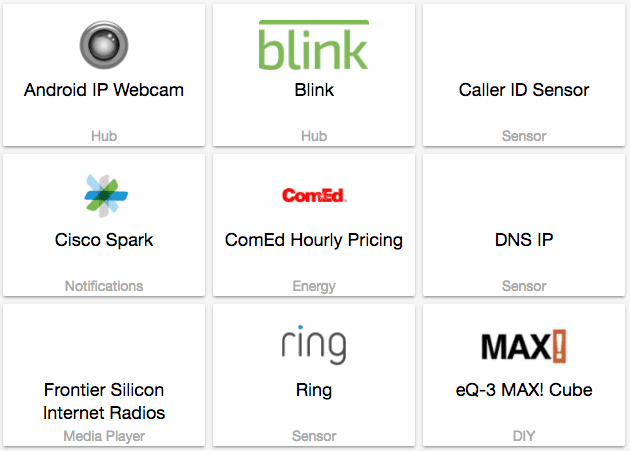 It’s time for version 0.40 already! For this version, the main focus was on performance and bug fixes. Big thanks to @pvizeli for driving this effort. Startup is now super fast. We have also continued with adding warnings for components and platforms that are slowing down Home Assistant.

Some people have interpreted our recent added warnings as if 0.39 introduced the issues that caused the warning. This is not the case, the platforms and components have been misbehaving for a while but now we are adding warnings so we are able to track down the culprits.

Before we continue talking about all the improvements in this release I want to take a moment to thank a few people from the Home Assistant community that are fundamental to the success of Home Assistant. Big thanks to @dale3h, @CCOSTAN, @skalavala, @rrubin0, @brahmafear, @bassclarinetl2, and @torn8o! These are all people that hang out in our main chat channel and help new users get started and help existing users when running into trouble. Home Assistant would not be there without all the effort you put in! 🙇

And that our community kicks ass is also shown in the numbers. We have already raised together over $700 for the EFF via the sale of our t-shirts! All of you rock! Another number worth mentioning is that this release brings us passed 600 integrations for Home Assistant. All of you rock, again!

@andrey-git has spend a lot of time to make Z-Wave perform better. It should no longer cause Home Assistant to run slower or raise warnings about the timer getting out of sync.

Update on the MQTT Out of Memory errors in 0.39

MQTT started causing “Out of Memory” errors for some people on a Raspberry Pi. We have been able to track this down to Raspberry Pis that are using an older firmware. If you are experiencing this issue, please upgrade your firmware using rpi-update.

Turn any Android phone into an IP Camera

With the new support for IP Webcam added by @robbiet480 and @pvizeli you are now able to re-purpose any Android phone to become a multifunctional IP webcam. Some of the cool things that you can do: 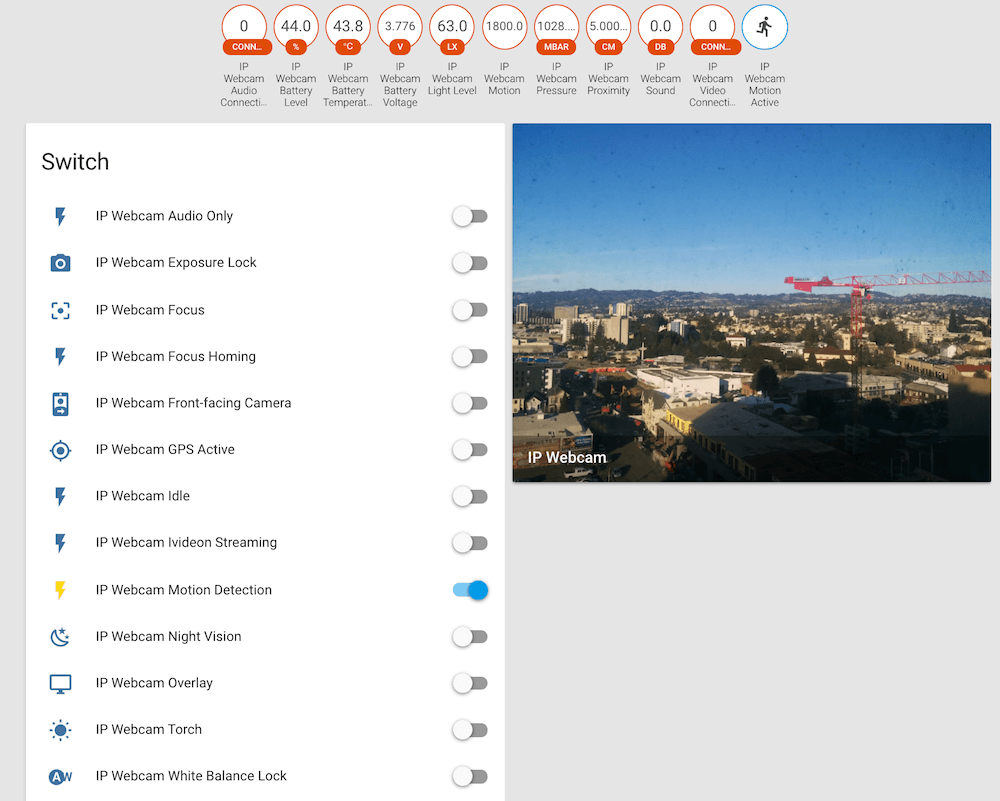 Screenshot of all the different functionality the IP webcam integration offers.

It’s time for 0.39 and this release has some amazing new features! 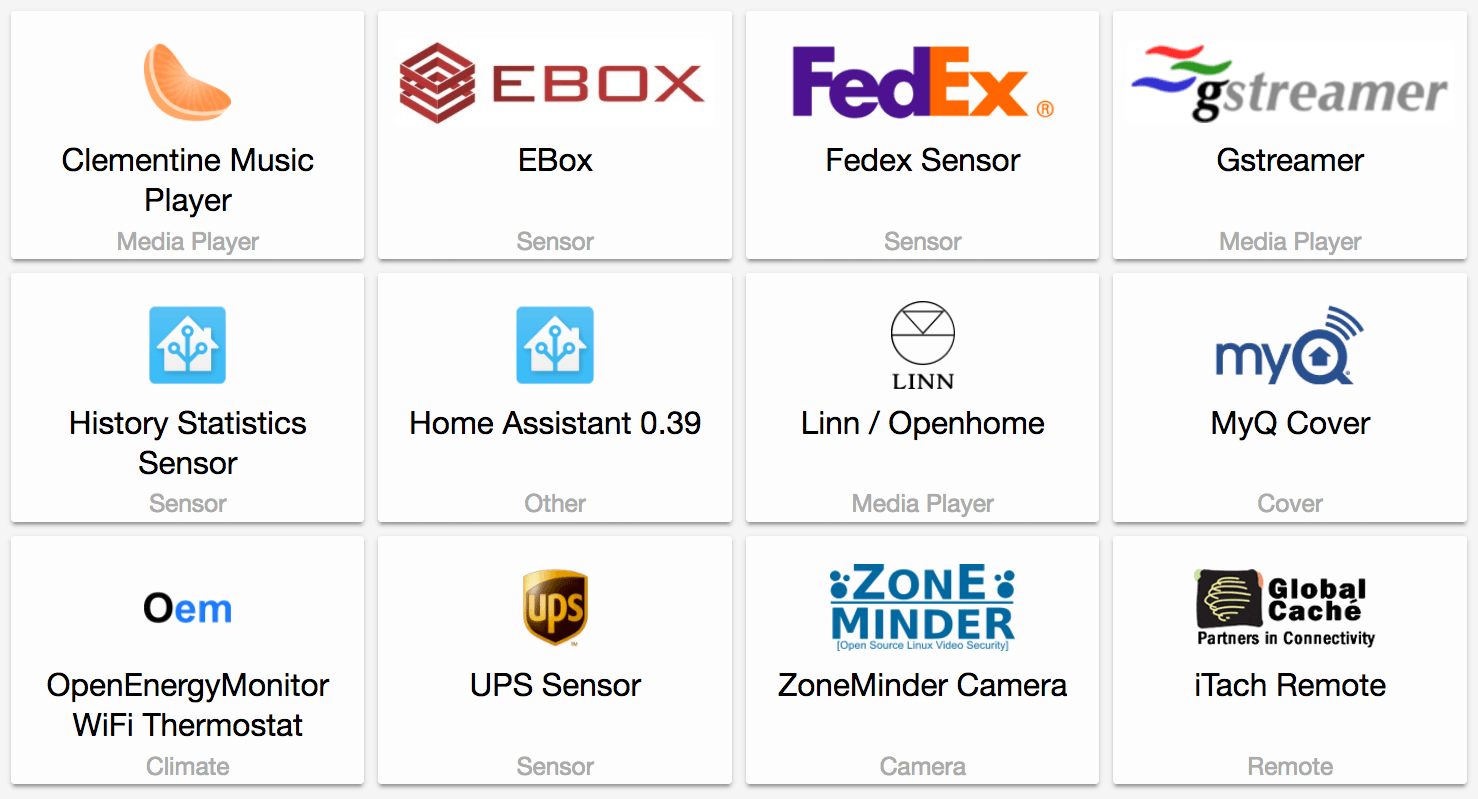 First off, in case you haven’t seen it yet: we have t-shirts now and they are beautiful. All proceeds from the shirts will be donated to the Electronic Frontier Foundation. The first three days all of you have already raised $400! Still waiting for Teespring to get back to me so stay tuned for the EU store.

Yep, you read that right. We have a configuration panel. It’s just the first of many small steps. Putting in a foundation is important and gives us something to iterate on.

To start, we have three simple configuration panels: 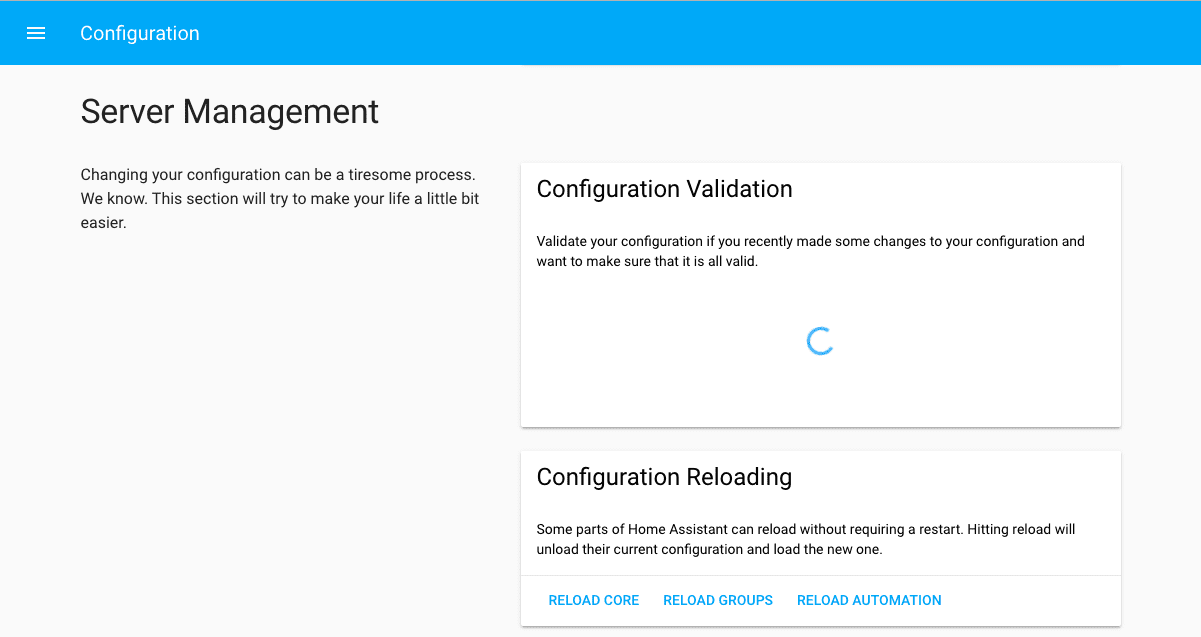 Screenshot of our new configuration panel.

Note that this is the first release. Things will be missing, things might be broken.

Thanks to Fabian we have a great re-organized documentation. Is it perfect yet? No. But we are getting close. We put a lot of focus on making sure the Raspberry Pi is the main focus of our getting started. The other instructions are still available, just not as part of the main getting started.

Ever have some input components or integrations and get annoyed with the fact that their state is lost after a restart? Don’t worry any longer. Johann has added the foundation for state restoration to Home Assistant. For the initial release support has been added to input_select and input_boolean components. We will be adding this to more integrations in the future.

A couple of releases ago we introduced a new way of doing customize. It became a list that allowed different ways of matching the config to the entity.

We realized that this was leading into a rabbit hole that we had to get out off. Besides making it unnecessarily complicated it also blocked the road to config panels. And who doesn’t like config panels?

So starting this release, we had to make some breaking changes to right the wrong. We will be releasing an online tool to help you convert your config to the new format later today.

Update: the online tool can be found here.

Customize has been reverted to its original config

The old customize is back. The options to match by domain or using glob have been moved to its own options. It will now look like this:

Ever wondered why the Z-Wave customize was called customize? Yeah, so did we. So when migrating this to the new config format, we decided to upgrade the name too:

And a final shout out to Pascal. He keeps improving the performance of components and platforms all over Home Assistant. 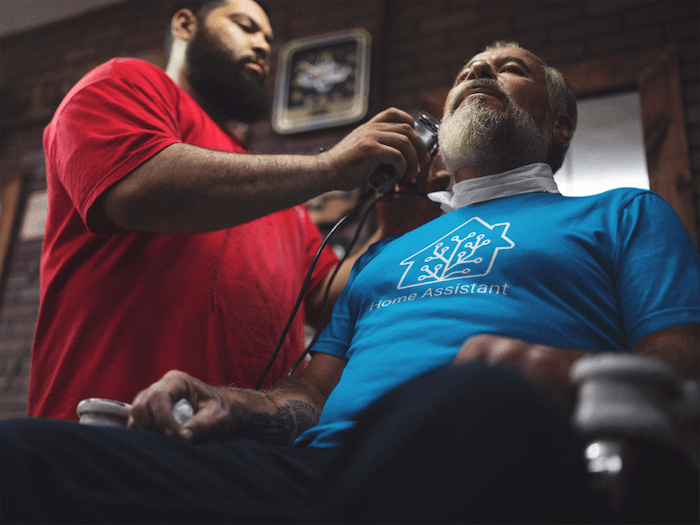 What time is it? Yep, t-shirt time. Today we’re launching the first two Home Assistant designs. We have a blue t-shirt as pictured above and a design for on black/gray shirts as pictured below. 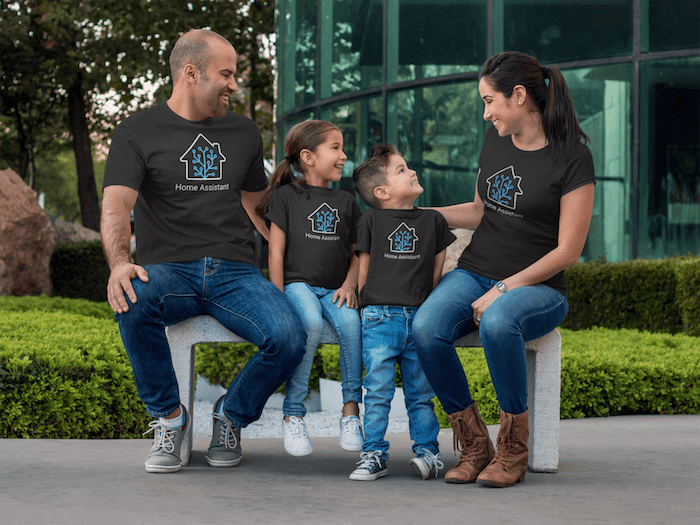 Family of 4 on a bench wearing the new black Home Assistant shirt.

We are using Teespring.com to manage all the sales, production and distribution of the shirts. It’s also how we got all these amazing stockphotos.

There will be a Home Assistant Workshop at the Chemnitzer Linux-Tage 2017. First I will cover the installation, the setup, and the configuration process. The second part will be all about automation. Last but not least, we will talk about the integration of a new platform/component.

Check the Workshop overview to get the details.

Reqistration is required as the places in the room are limited. The deadline for the registration is March, 8th 2017.

Another Saturday, another release!

The frontend has been completely been rewritten, optimizing for speed and lost connection recovery. Even on the slowest phones it should fly now. The frontend also now uses the new WebSockets API instead of the EventStream API.

A nice new feature is the possibility to create custom state cards in the frontend. Go ahead and write your own state card for lights, sensors, locks, etc.

MQTT now has discovery support which is different than our discovery component. Similar to the HTTP sensor and HTTP binary sensor, MQTT discovery removes the need for configuration by allowing devices to make their presence known to Home Assistant.

If you left your front door open, then the new alert component can be used to remind you of this by sending you repeating notifications at a given interval.

The yeelight component has been ported to use a more stable and feature-complete python-yeelight backend, and supports now both white and RGB bulbs. The component also supports transitions and can be configured to save the settings to the bulb on changes. The users currently using custom components for Yeelight are encouraged to move back to use the included version and report any problems with it to our issue tracker.

Apple TV is now a supported media_player! It has support for just about every media player function, including a realtime display of playback status and artwork.

Tonight I’m happy to announce a new release of the our Raspberry Pi image, HASSbian 1.1 - The Toy-box.
Why Toy-box you wonder? Because it encompass the changes pretty well.

Changes from previous image are big and small but lets start with the interesting things.

A set of script written to add extra functionality to your Raspberry Pi installation. This scripts are run as the pi user and installs a set of tools or packages. Currently includes:

All of these scripts are available in the directory /home/pi/hassbian-scripts/. This directory is actually a cloned git repository that’s cloned on first boot and can be updated to the latest release with ease after. To update the hassbian-scripts directory execute the following command as the pi user.

To use any of the hassbian-scripts, execute the following command as the pi user. Here we use the libcec script as an example.

For more information about these scripts have a look a the hassbian-scripts repository.

With this image there also quite a bit of cleaning of the base system and the script that generates our Raspberry Pi image.

There’s of course more on the horizon and there’s even more plans and wishes for how this image will function in the future. On the close horizon from @Landrash there a few more script in the works and for tellstick, emulated_hue and for controlling Home Assistant.

To get started with the new image, check out the installation instructions in the getting started section.