In Home Assistant 0.45 we introduced the first version of our automation editor. If you just created a new configuration with Home Assistant, then you’re all set! Go to the UI and enjoy.

From the UI choose Configuration which is located in the sidebar, then click on Automation to go to the automation editor. Press the + sign in the lower right corner to get started. This example is based on the manual steps described in the Getting started section for a random sensor.

Choose a meaningful name for your automation rules.

If the value of the sensor is greater than 10, then the automation rule should apply. 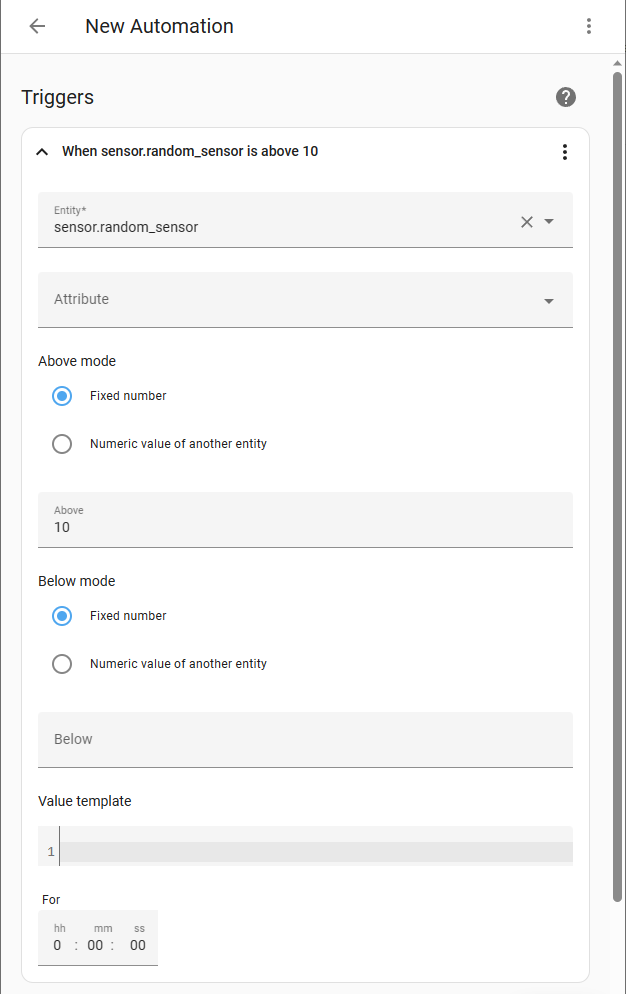 Firing a persistent notification is the result.

As “Service Data” we want a simple text that is shown as part of the notification.

The Automation Editor does not currently support data_template as a “Service Data” entry. For these actions, it will be necessary to edit as YAML. This can be achieved by clicking the menu (3 vertical dots) and selecting “Edit as YAML”

Don’t forget to save your new automation rule. For your saved automation rule to come into effect, you will need to go to the Configuration page and click on Reload Automation.

Updating your configuration to use the editor

First, check that you have activated the configuration editor.

The automation editor reads and writes to the file automations.yaml in the root of your configuration folder. Currently, both the name of this file and its location are fixed. Make sure that you have set up the automation integration to read from it:

If you still want to use your old automation section, add a label to the old entry:

You can use the automation: and automation old: sections at the same time:

For example, the below automation will be triggered when the sun goes from below the horizon to above the horizon. Then, if the temperature is between 17 and 25 degrees, a light will be turned on.

Any comments in the YAML file will be lost and templates will be reformatted when you update an automation via the editor.