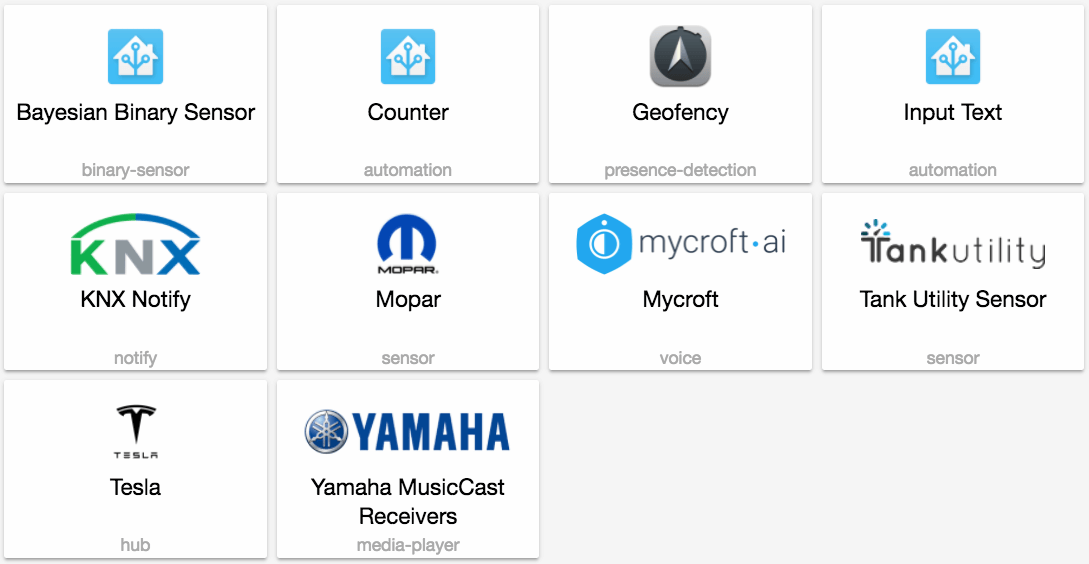 The Home Assistant community has been super busy in the last two weeks to bring you this amazing release. 60 different contributors have done over a 100 PRs filled with new features, bug fixes and performance improvements.

9 days away from our 4th birthday, we’ve just accomplished a couple of great milestones that I would love to share with you. We’ve hit over 8000 stars 🌟 on GitHub and starting this release we now ship over 800 platforms and components!

Another step in making Home Assistant configurable via the frontend has been contributed by @andrey-git: a customization editor! You are now able to inspect all (possible) customizations of an entity and update them with just a few taps. Want to change the name or icon of an entity? All possible in mere seconds. 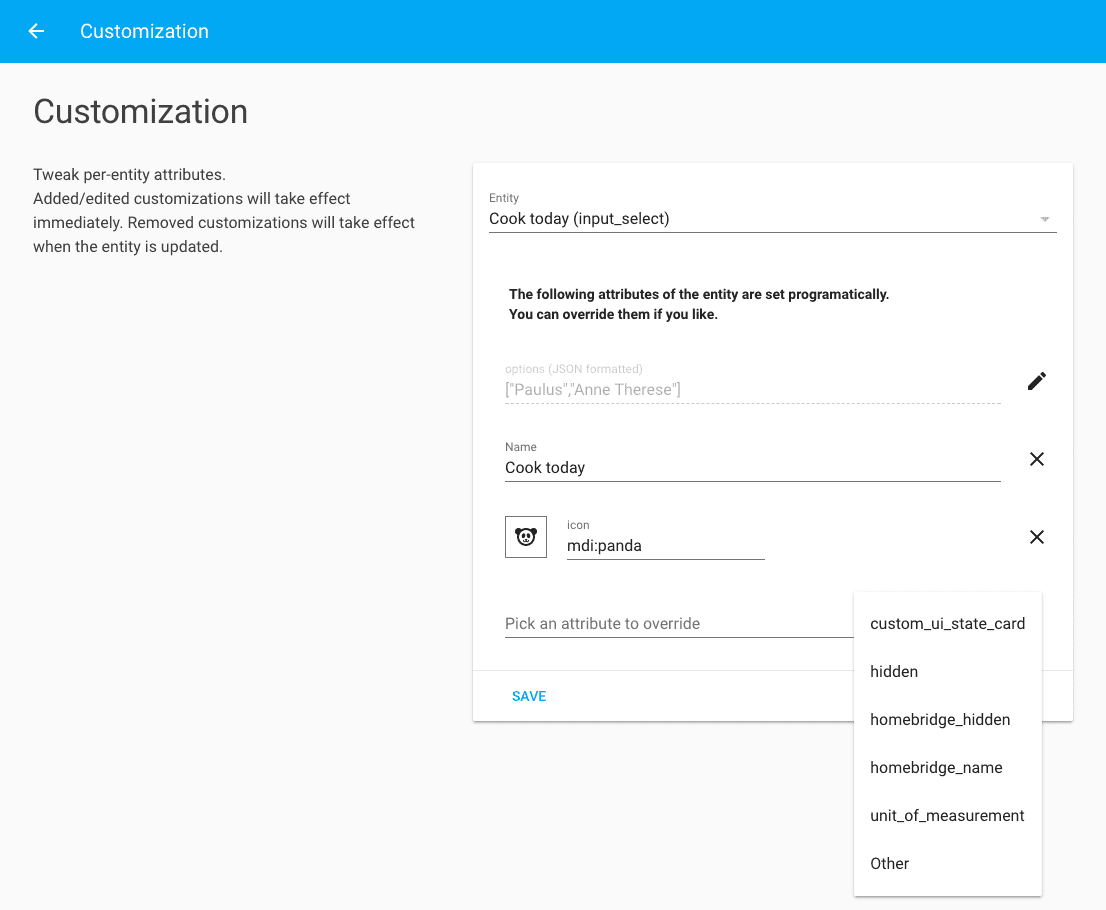 Screenshot of the new customize editor.

New Home Assistant configurations will be created correctly automatically. If you are an existing user, make sure you have the config screen enabled and that you include customizations from customize.yaml.

Thanks to the contribution by @zabuldon, you will now be able to control your Tesla car from Home Assistant. You’re able to check the temperature inside and outside your car, control your AC and unlock the car.

This release introduces a new input component: input_text contributed by @BioSehnsucht. With this component you will be able to set free form from the UI and then let that be used by your automations or templates.

This release ships a new KNX implementation thanks to @Julius2342. It will instantly show all changed states of KNX devices within Home Assistant. Additionally it brings support for HVAC devices and notification services. It also adds a service for direct communication with the KNX bus. You can connect to KNX/IP routing and tunneling devices. In the background it uses asyncio communication. Check the climate integration in action here and see the lights in action below: