It’s already time for 0.28 thanks to our super short release cycles. Now, it’ official…we hit 4000 stars on Github. That’s amazing. Sorry, not as amazing as all the stuff that was going on for 0.27 but still pretty awesome.

This release brings you a huge improvement of the automation and group handling. Both can be reloaded without a Home Assistant restart by calling their new reload services. The automations can be controlled directly from the frontend. 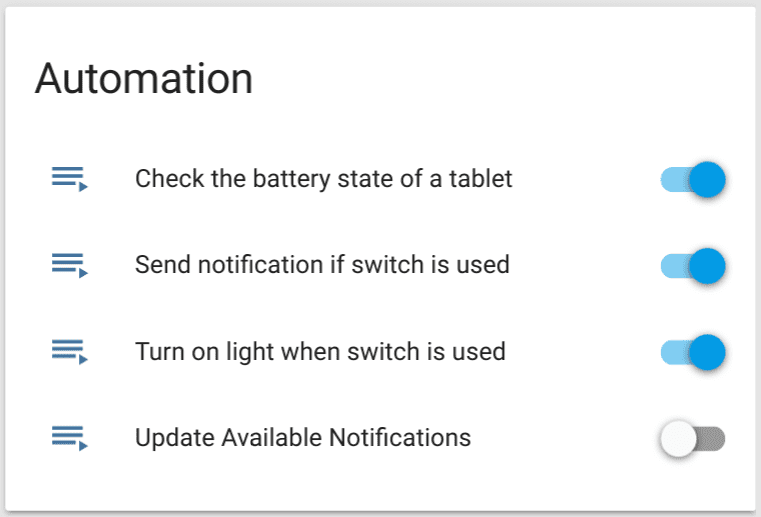 Singleboard computers are very popular to run Home Assistant. To support this fact, the installation documentation for the Raspberry Pi devices was re-written to get users started as quickly as possible. @Landrash took the lead with on this tasks with help from @kellerza and @MartinHjelmare.

There are countless bugfixes included in this release which will make your experience with the climate and the cover platforms better. Two week ago was the biggest merger of implementations released that ever happened in the history of Home Assistant. Thanks to @turbokongen, @pvizeli, @djbanks, @danielperna84, and others the improvements on the code and the frontend side is continuing…

The Home Assistant API Documentation is a great addition to the already existing user documentation. The focus is not end-users but developers who want to get details about the code without actually browsing the code on Github.

The validation of the configuration is still on-going. Approximately 80 % is done. This means that we will propably talk about this topic in the next release notes again. To align the configuration of components and platforms we needed to break some. Please refer to the Breaking changes section to check if you need to update your configuration or simple check your log for configuration validation errors. Thanks to @kellerza, @fabaff, @Teagan42, and @pvizeli for your effort!

…don’t hesitate to use our Forum or join us for a little chat.