As Home Assistant is gaining more and more users we started to feel the pain from not having a proper release mechanism. We had no version numbering and required users to checkout the source using Git to get started. On top of that, as the number of devices that we support keeps raising, so did the number of dependencies that are used. That’s why we decided to change the way we roll. From now on:

A huge shout out to Ryan Kraus for making this all possible. Please make sure you read the full blog post for details on how to migrate your existing setup.

And while Ryan was fixing distribution, I have been hard at work in giving Home Assistant a face lift. We already looked pretty good but lacked proper form of organization for users with many devices. The new UI moves away from a card per entity and has cards per group and domain instead. The demo has been updated so give it a spin. 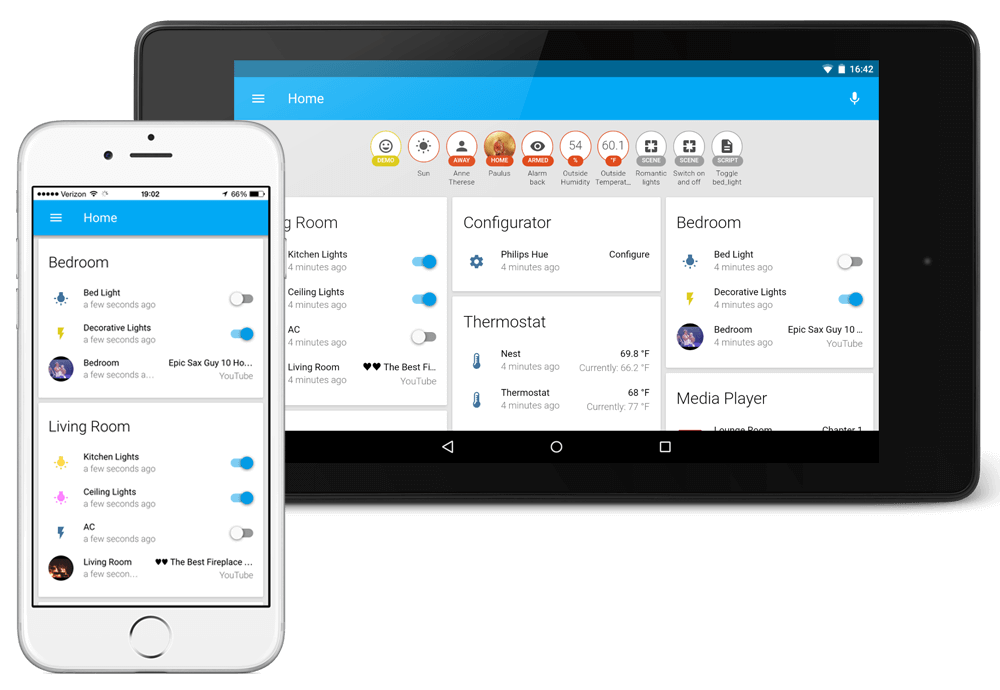 Screenshots of the new UI

For this example, let’s say we have an old Home Assistant installation in /home/paulus/home-assistant.

It If you want to have the configuration in a different location, for example /home/paulus/home-assistant-config, you will have to point Home Assistant at this configuration folder when launching:

And last, but not least: new platforms!

@sfam has blessed us with two more MQTT platforms to extend our integration with MQTTT: sensor and switch. Both platforms require the MQTT component to be connected to a broker.