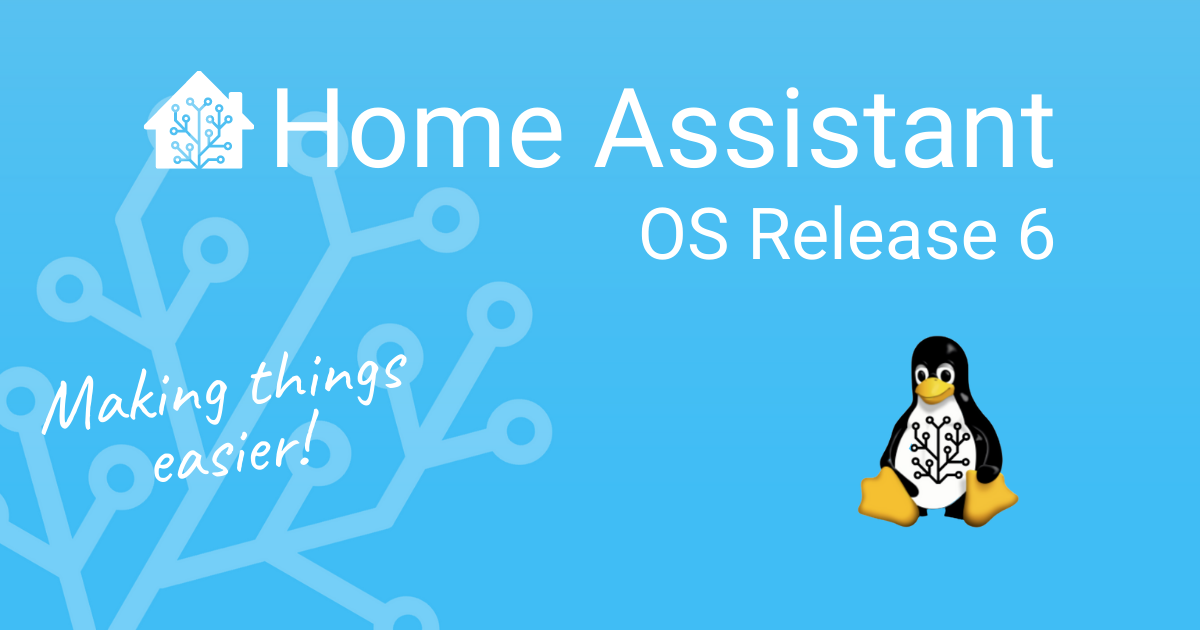 Operating System release 6 comes with a new, Go written daemon called OS Agent. This allows the Supervisor to access more aspects of the OS. One such aspect is to move the data to an external data disk or wipe data to start over without reinstalling. Note however that at this point, the required logic in the Supervisor and Frontend is still being developed.

Under the hood, the OS was updated to the latest upstream Linux 5.10 kernel as well as Buildroot 2021.02.1. The latest Buildroot release brings tons of new software versions along with bug and security fixes. Some key components which received an update were systemd 247 and the Docker Container Engine 20.10.6.

Already with OS 5 the “Intel NUC” image was usable for most UEFI capable x86-64 systems. With the rename that fact is emphasized. Home Assistant OS is open to changes to add drivers to extend support for other x86-64 platforms. However, keep in mind that we don’t have access to all x86-64 hardware, so support for devices is on a best effort basis.

The virtual disk images are now built from a sparse file as source, which leads to smaller effective disk image sizes. Disk images are now also distributed in the more common zip file format (except the qcow2 images which are mostly used on Linux, they continue to be in the xz compression format).

By default, the image now has a serial console enabled which is useful to access Home Assistant OS on headless host systems.

Ralink rt27xx/rt28xx/rt30xx, as well as Realtek 87xx/88xx devices, are now supported on boards that don’t have onboard Wi-Fi/Bluetooth. This is also true for the OVA image for virtualized environments (when using hardware passthrough functionality). For the OVA image, also Intel firmwares are now part of the image so that Intel Wi-Fi/Bluetooth devices can be used in passthrough mode as well.

@jens-maus contributed OS support for Homematic/Homematic IP dual-stack support for RPI-RF-MOD or HM-MOD-RPI-PCB devices. This together with the RaspberryMatic CCU Add-On offers the full functionality of RaspberryMatic embedded in Home Assistant.

That’s all Folks! Now go out and update!