Hey everyone it’s been a little while since we last spoke. We have a brand new Home Assistant Companion for Android release that we are excited to get into your hands and will roll out over the next day or so in the Google Play store.

Before we get into the release details I’d like to mention that this month marks the 1 year anniversary of the Home Assistant Companion app being offered in the Google Play Store! Just to think how far along the entire app has come from its initial alpha state to what is currently being offered in today’s release. Can you believe it’s already been a year?

It has been pretty busy over on the Android side of things during Hacktoberfest! We have seen a total of 84 pull requests from a wide range of contributors that we are thankful for, so thank you for all of your efforts! In case you missed it we actually had a release shortly after version 2.4.0 but as we did not have an accompanying blog post, we’ll cover whats new since we last spoke in this post. All of the features listed below are already documented on the Companion site, please be sure to check in there for greater details. Before we continue with what’s new lets go over the breaking changes for this release.

In our last blog post we mentioned that we were going to be breaking up some sensors and their attributes. As of 3.0.0 we have completed this task and no longer have non-static attributes as part of any sensor. If you are missing any data please check the Manage Sensors screen under App Configuration and enable the sensor you were previously using as an attribute.

Another major breaking change in this release is that the widgets were refactored to align with the application architecture. Unfortunately this means that some existing widgets may disappear from your home screen and will need to be recreated. We apologize for this and are unable to bring back the existing widgets that were lost. If you forgot what data was there we do have that saved, more on that down below.

The first big change is that our onboarding screen has changed, we now ask the user to enter their preferred device name that gets attached to all entities that are created by the app. This was a source of frustration for some users as this meant that anytime they logged into the app they would then need to rename their entities to the name that they actually want. By default the device name is the device model but that is not meaningful to some users, especially if they have more than one device of the same model. 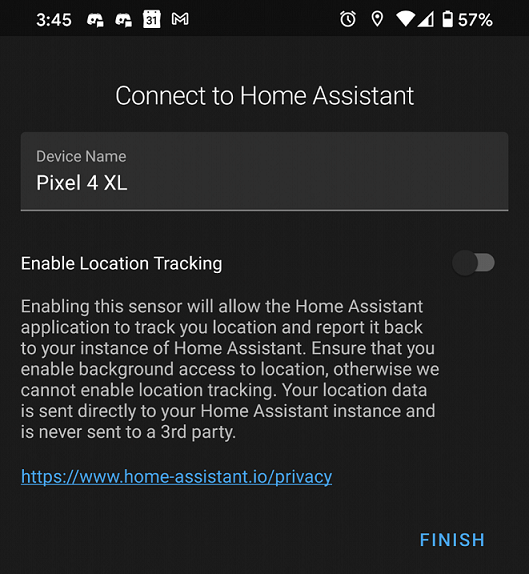 Screenshot of the new onboarding flow.

We have several new sensors to welcome to the app, all of which are disabled by default. The first set of sensors were actually introduced in 2.5.0:

We didn’t stop at just adding new sensors, we also made enhancements to the overall sensor experience. Starting from version 2.5.0 certain sensors have custom settings that can help with what updates actually get sent to your Home Assistant instance. 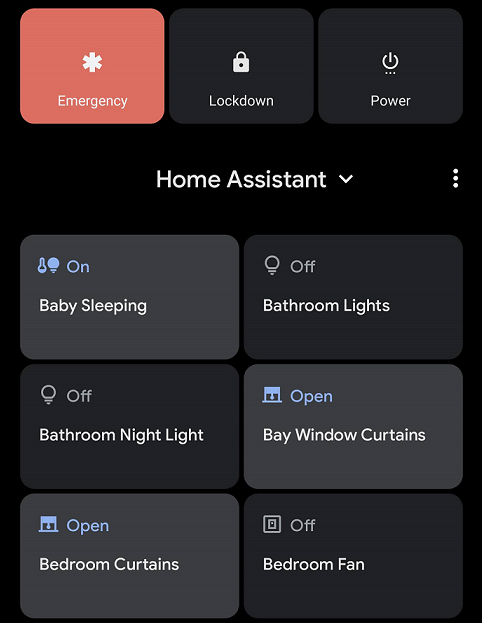 There have been several improvements to notifications as well.

We have also spent time making improvements to all other areas most notably inside App Configuration:

Big thank you to everyone involved. Hope you take the time to digest all the new features. Looking forward to all the new use cases and feature requests everyone has been having.

The full changelog can be found on GitHub.