Over a year ago I participated in the [kickstarter campaign](https://www.kickstarter.com/projects/1598272670/chip-the-worlds-first-9-computer/description) for "CHIP - The World's First Nine Dollar Computer" by [Next Thing Co.](https://www.nextthing.co/). I went for the PocketCHIP because of the idea. Display, built-in storage (thus no need for SD cards), battery-powered, and a keyboard are pretty nice features. Last week a package arrives...

Thanks to Next Thing Co. and their CHIP which is actually 9 USD the space requirement for a single board computer has decreased. No Ethernet and HDMI output helped with that. But I guess that the next development cycle will allow us to put those boards in a matchbox including wired networking and a SATA interface. 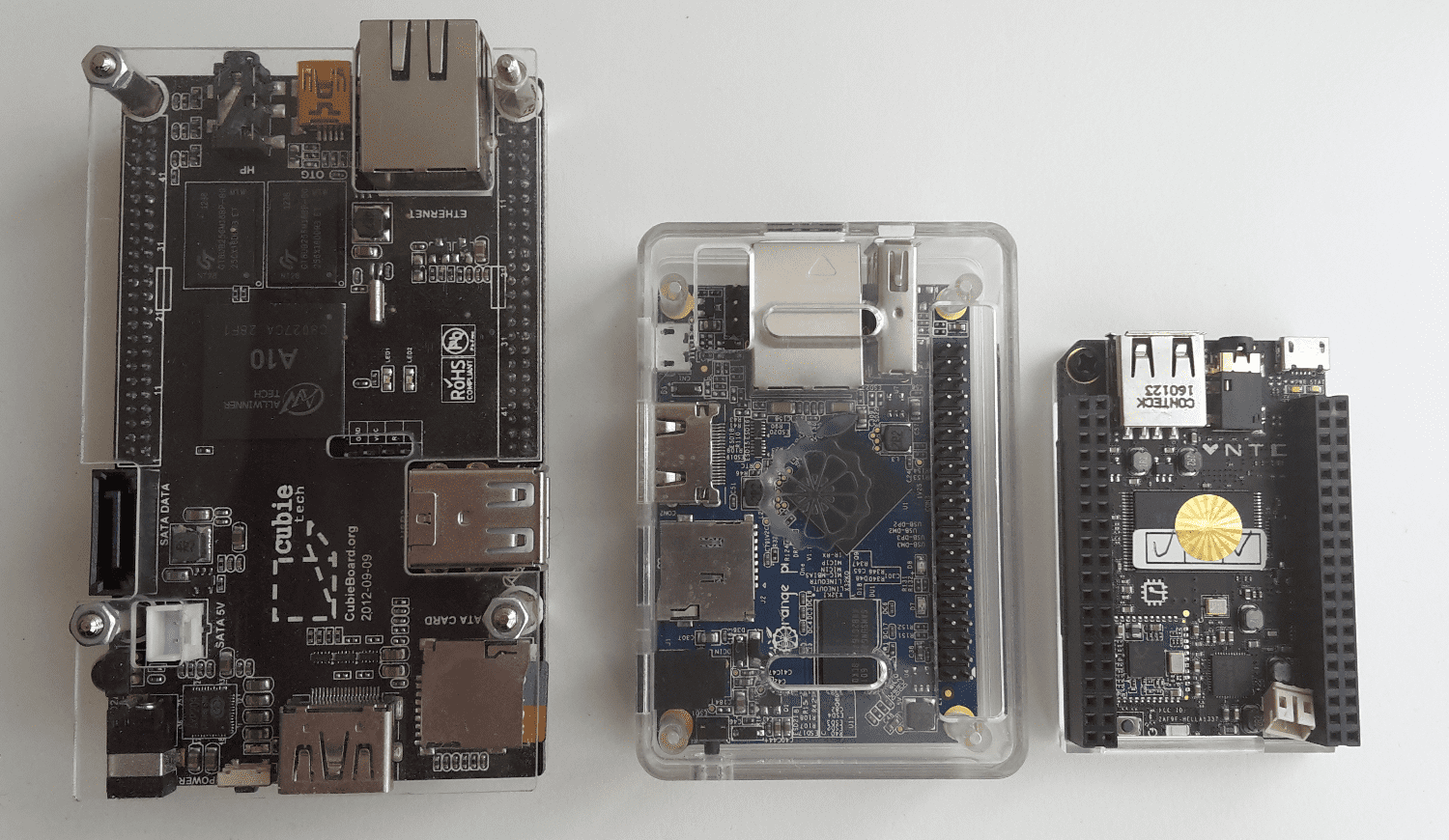 Size comparison of a Cubieboard, OrangePi One, and CHIP.

If you start using a PocketCHIP you will definitely look like a Blackberry or a Game Boy user. Typing is done with your thumbs :-)

First a couple of tweaks like setting up sudo, upgrading the existing installation, change passwords, enabling ssh, and removal of the annoying stuff then installation of Home Assistant. There is not much to tell…it’s straight-forward. For the sake of completeness below the notes about what I did.

A Debian installation is available by default. This means that some dependencies for Home Assistant are missing. I haven’t checked if a new build for the PocketCHIP would include them. So, after a $ sudo apt-get update installing those dependencies take a minute or two.

As usual I run Python applications in a venv.

If you haven’t seen the next two commands already then you should visit our frontsite.

With surf the browsing experience on the low-resolution display is not that great. Most smartphones, even very cheap ones, have touchscreens with higher resolutions. Nevermind, midori is not better. 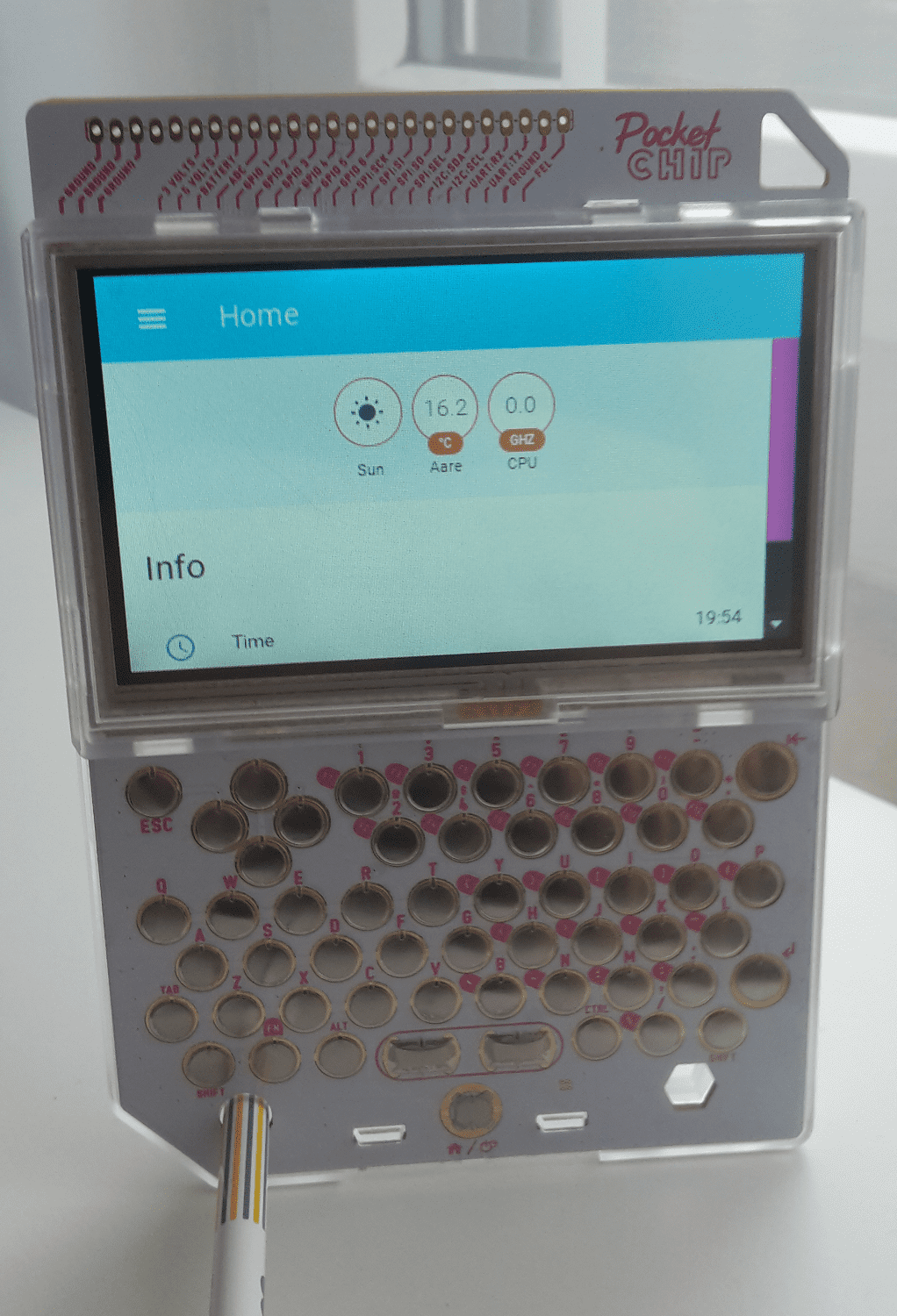 Well, with PocketCHIP and Home Assistant you could run your home automation on a 49 USD device with a touchscreen, an integrated USP, and a keyboard. With the GPIO available on top of the display you could even connect your PocketCHIP directly to sensors and actuators.